There has always been one fight in the mind of this writer pertaining to the Philly Legendary fighter “Bad” Bennie Briscoe. No one ever said the “boxer” but always the “fighter!

Though Briscoe had a jab similar to what another Philly fighter at the time named Sonny Liston had but at 160 pounds! Briscoe’s jab would come up from the “floor”! Many boxers who fought Briscoe didn’t fight again for six months!

After Briscoe’s an amateur career with a 70-3 record winning 3 Mid-Atlantic AAU titles he won the National AAU title he turned professional under the management of Pinny Schafer with Yank Durham as his trainer on September 10, 1962.

Briscoe won his first 15 fights, 10 by stoppage, including winning PA State title stopping Philly’s Charley Scott, 34-27, in the first round on March 9, 1964 at the Philadelphia Arena. In his next bout he scored a technical stoppage of Philly’s Percy Manning, 14-2, in the 8th round. He would lose in a rematch by split decision to Manning on March 9, 1965 at the Philadelphia Athletic Club.

Schafer was bought out by New York Jet’s owner Jimmy Iselin who changed trainers to Joe Fariello after loss to Stanley “Kitten” Hayward, 20-2-1, in December of 1965. Assistant trainer Quenzell McCall remained. In his previous fight he lost to Tito Marshall, 32-10-3, three months earlier. He would then have a NC with Philly’s C.L. Lewis, 13-7-2, due to fouling him in the fourth round. In the rematch three months later in the sixth round after giving him a terrific beating.

Two months later Briscoe defeated Philly’s George Benton, 54-11-1, who couldn’t come out for the tenth and final round. It would be ten months before Benton returned to the ring.

In March of 1967 Briscoe would lose to former world champion Luis Rodriguez, 76-6, at the Philadelphia Arena. Next up would be a milestone in his career when he traveled to Argentina which has the highest “draw decisions” in the world. He drew with Carlos Monzon, 40-3-6, in May. In November of 1970 Monzon would win the WBA and WBC middleweight titles stopping Nino Benvenutti, 82-4-1, in the 11th round in Italy.

After the Monzon fight Briscoe won his next five fights by knockout before losing again to Rodriguez. He would travel to Paris, France, next losing to Yoland “Yves” Leveque, 30-7-1, by DQ in March of 1968. In September he would lose to future world champion Vicente Rondon, 14-3-1, in Puerto Rico. Four months later he would stop Rondon in the 8th round.

Briscoe would lose to Brazil’s Juarez de Lima, 31-5-5, in New York, then go onto scoring three stoppages including Manning and Marshall. After a majority loss to boxer Joe Shaw, he stopped him in the rematch. Ten straight stoppages including de Lima, then came the war of wars with Rafael Gutierrez, 45-6-3. Both fighters were down in the first with Briscoe stopping his opponent in the second in November of 1971.

In April of 1972 Briscoe lost to Luis Vinales, 18-17-5 by split decision. It was later discovered he had hepatitis. Seven months later he would stop Vinales earning a world title defense with then Monzon, now champion. It was five and a half years since they drew with one another with Monzon winning over 15 rounds this time.

After three stoppages Briscoe won the NABF title before losing it to future world champion Rodrigo Valdez, 47-4-2. Three stoppages later he would rematch with Valdez for the vacant WBC World title in May of 1974 losing for the first and only time in his career by stoppage. Five months later he would lose to former world champion Emile Griffith, 78-16-1, by majority decision. He would change trainers and hire Benton to take over. Three fights later after a knockout then a draw with Vinnie Curto, 18-2, he defeated Hayward in a rematch. Then win a split decision over future world champion Eddie Mustafa Muhammad, 13-1-1.

Three months later Briscoe was in a ten round war with Philly’s Eugene “Cyclone” Hart, 28-5. In the rematch which I attended he knocked out Hart in the first round. Then a draw with Griffith and going 4-0-1, he would get his third try at a world title once again with Valdez, losing over fifteen rounds in Italy. 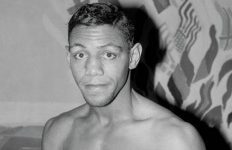 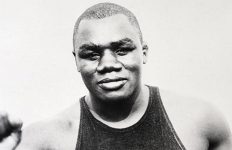