“Getting that first win for my team meant everything,” said Penafiel. “I wanted to set the tone for my team and let everyone know we’re here to bang. I knew (Khamzayev) was tough, but I’m way too much for him. Even when he tried to strike me I was able to stay comfortable. And in the grappling department I don’t think many people can mess with me.”

“I finally feel like I’m hitting my rhythm in the cage,” said Hier. “I did everything that I could to help Team Pennsylvania get the win tonight. I could tell Ruiz was out and he was quitting. When I hit him with that first big ground and pound, I felt how well I tagged him. And then when he tried to go to his side that’s when I really got aggressive and finished him.”

“I was glad to do my part for my team,” said Ledesma. “I’m a little mad that I wasn’t able to stop him, though. I hit him with everything but the kitchen sink, but I just couldn’t finish him. After the second round, once I realized that I probably wasn’t going to finish (Bernardo), I knew my main goal was to just secure the win and that’s what I did.”

“It felt great to get the win. I was just trying to listen to my coach and my teammates,” said Montanez. “I also had my son right there watching me tonight. He helps remind me what I do this for. But tonight, I was happy to get this experience under my belt and get the win for my team.”

“I’m very happy with my win and to be able to help my team earn the victory tonight,” said Celestino. “Walo is a very tough opponent and he came to fight tonight, but I did enough to get the win and am happy with my performance.”

“I went in there and fought for my team, but I was also fighting for my daughter and my family,” said Sears. “I’m doing this to make my daughter’s life better. She helps push me and drives me to fight. Samir had me shook in the first round, and then again in the second, but I just dug deep and did what I needed to get this win.”

“The way we won showed me a lot about my team,” said coach Gracie. “We won decisively and showed the type of performance that I’ve come to expect from my guys.

“MMA needs innovation and something new to excite the fans and help bring the masses to our sport,” added Gracie. “I think MMA Pro League and this team concept is exactly what will help bring that added attention and take this sport to the next level.” 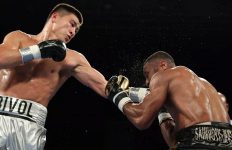 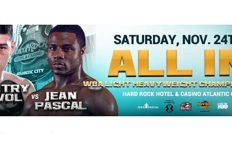 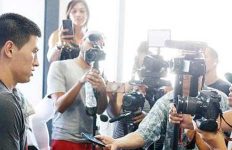 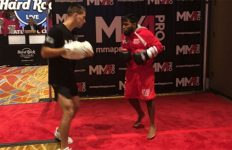