Restoration of archival boxing and sports films from 16MM and 8MM and Super 8 black and white classics to colorization is a painstaking process. Classic black and white films in Hollywood have been colorized. The process for vintage boxing photos and films is a more recent innovation. Here’s my take on it. Colorization of vintage fight films usually does not come with parallel sound from the events (although separate sound recordings do exist in some circumstances, and can be paired with the colorization process). In most cases, the background noise of the crowd, the sound of boxing punches, the referee’s instructions, and the final decision are fake but improvized to simulate the bout. In a few cases, a modern announcer can provide the improvized commentary for the old boxing event. 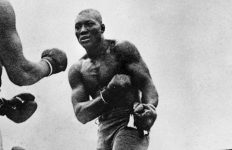 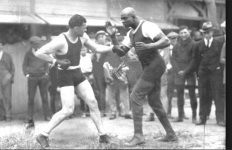 The Day Jack Dempsey’s Sparring Partner Shot His Mouth Off→