In boxing Don Elbaum was a correspondent at 13 for Ring Magazine when he met the editor Nat Fleischer. He was also a boxer (40-10 am and 6-3-1 pro), booking agent, matchmaker and promoter being inducted into the International Boxing Hall of Fame in New York in 2019. He had previously been inducted into the NJB HOF in November of 2011 and also being inducted into the Michigan, Buffalo and Rochester, New York, Akron, OH, and Atlantic City Boxing HOF (before Don King).

Elbaum started matchmaking at age 15 and 2 years later promoted his first show. He served as a matchmaker in over 10,000 events and promoted over 1,000 events. He did 196 shows at the Tropicana in Atlantic City over a five year period. He started doing matchmaking for Larry Adkins in Ohio. His dad was always at ringside with him.

Elbaum was known for staging cards with unusual themes such as featuring matches among winless heavyweights titled “Worst Heavyweight in the World!” At a press conference for “Sugar” Ray Robinson he presented him with a pair of gloves he used in one that Elbaum promoted in one of Robinson last fights. When Robinson went to put them on they were both LEFT HANDED gloves!

Elbaum met “Sugar” Ray Robinson in New York’s Stillman’s Gym at age 10. He had dinner with Robinson half a dozen times over the years. He also promoted Robinson’s last 3 fights. In Johnstown, PA, he had on the poster “The Biggest Event Since the Johnstown Flood”, in Stubenville, OH.

Elbaum said, “It all started in South Korea in 1954 putting Americans vs Koreans. The ring was on a slant near the top of a hill. I made sure the Americans were on the high side. Box Rec wrongly shows his first promotion back in December of 1959 in Cleveland, Ohio, when Don Elbaum did the matchmaking with none other than Sonny Liston in the main event. On the undercard was 1956 Olympic Heavyweight Gold Medalist Pete Rademacher.

Elbaum’s advising, matchmaking and promoting covered many countries such as Sweden (after 36 years of inactivity, bringing in Joey “Minnesota Ice” Abell from Minnesota which because it had a large Swedish population claimed he was a Swede), Jamaica, Hungary, Canada, Philippines, Ireland, France, Dominican Republic, Italy, Puerto Rico and Russia. He worked many of the US states including the Legendary Blue Horizon in Philadelphia.

Elbaum was born in Cincinnati but called his home Erie, Pennsylvania, after moving there. This writer first met him when he was matchmaking in Philadelphia for Bob Connelly who he said “treated me like a son”. He put Connelly’s son Jimmy, 17-0-2, in six of his last seven fights with the others all being in Switzerland. Like Elbaum, he too is in the PAB HOF.

Elbaum is currently in the process of working on a book of his adventures for the past sixty years. He agreed to do a Q&A prior to the book going to the press.

KEN HISSNER: Don there has never been another character and jack of all trades like you that I have encountered. Is it true you got Don King into the boxing promotional business?

DON ELBAUM: Yes, and I’ve been apologizing to the world ever since.

KEN HISSNER: I know you have known such people from Frank Sinatra to Muhammad Ali to Donald Trump. Weren’t you the promoter with Roberto Duran defending against Lou Bizzaro in Erie?

DON ELBAUM: Yes I was.

KEN HISSNER: I understand your mother was a concert pianist in Cincinnati who started you playing piano at age 4. Tell us how you had Frank Sinatra (big fight fan) talking to your mother over the phone.

DON ELBAUM: I loved playing the piano but when I saw my first boxing match it was like music to me. Sinatra came over to me one night at a casino and I told him how my mother loved his music. He asked me to call his mother and they were on the phone for 20 minutes.

KEN HISSNER: I understand your uncle Danny Greenstein took you to your first fight at age 8. Tell us a little about that.

DON ELBAUM: He was the most known street fighter knocking out 3 guys at once. He was an unbeaten amateur with all knockouts, but didn’t want to turn pro.

KEN HISSNER: Who else did he take you to see fight?

DON ELBAUM: My uncle took me to a show in New Bedford, MASS, where I was seeing a fighter avoiding every punch. That is the most beautiful music I ever saw. The fighter was Willie Pep.

HENRY HASCUP: What was your greatest thrill in boxing?

DON ELBAUM: I’m a boxing nut. A week before promoting Robinson I got a call from Willie Pep wanting to fight again and I tried talking him out of it but on Oct in 1965 I put him on the same show Robinson headlined in Johnstown.

JEFF JOWETT: What do you really like most about boxing?

DON ELBAUM: The thrill I got when boxing I entered the ring and the fans were cheering. Then getting the decision and the crowd cheering and then when the fans congratulated me afterwards.

KEN HISSNER: Tell me what else have you done in boxing

DON ELBAUM: I’ve ref’d, ring announced, judged and at age of 20 pretended to be a ring physician when the doctor didn’t show up at the weigh-in. The commissioner said I was the youngest looking doctor he ever saw. I told him I just grad from medical school in Minnesota.

KEN HISSNER: Who is your favorite boxer today?

KEN HISSNER: Who was your favorite trainer?

DON ELBAUM: Jack Hurley from Chicago was the greatest trainer I ever saw. I had 15 fights in the amateurs when he put me in with Lenny Salvo who was 42-1 in my first fight under him and the place was packed. After the fight Jack gave me $100 after I won the fight. It was like a thousand to me.

KEN HISSNER: In your opinion who could have beaten Muhammad Ali in his prime?

DON ELBAUM: Rocky Marciano would either stop him in 13 rounds or Ali would win by decision.

KEN HISSNER: Who was the most feared boxer in your opinion?

KEN HISSNER: I understand you would fill in if a fighter dropped out on one of your shows. Is that right?

DON ELBAUM: I’m promoting fights in Ohio. Every county had their own commissioner. Lenny Speight was the commissioner in one county. I had a 7 bout card and 2 fell out. I was about 135 pounds and took a fight and lost to Joe Byrd who was around 175 pounds (dad of Chris Byrd) in January of 1964 to what I thought ended in a draw (It was Joe Byrds first pro fight),” said Elbaum.

“I once boxed Willie Pep for four 3 minute rounds in the gym. He told me I would be world champ someday. He lied to me. I had a hell of a left hand but couldn’t break an egg. I could box 15 rounds without getting tired at 13. I would run in the sand 2-2 1/2 miles 5 days a week where my dad took me,” said Elbaum.

“Gil Clancy was a close friend. I made Rubin “Hurricane” Carter and Emile Griffith in Pittsburgh in Dec of 1963. I watched Carter sparring 2 weeks before the fight and told Clancy he’s coming out to knockout Emile in the first round and he did,” said Elbaum.

“I wanted Al Blue Lewis and Buster Mathis in Detroit but the riots killed the fight. I matched Lewis in Ireland with Ali. I brought in Philly writer Jack McKinney to fight in Painsville, OH, in June of 1963. I told him do not have sex before the fight or you won’t be able to go 4 rounds. I’m in the adjoining room and could hear him having sex the night before the fight. He knocked out Alvin Green in 1:04 of the first round in his only pro fight,” said Elbaum.

“My dad would bring me 7 different papers a week for 5 or 10 cents a copy to read. Pedro Martinez was a wrestling promoter from Buffalo and I had Joe Louis in a match and brought him home to meet the family. After seeing him wrestling I didn’t want to ever see him again wrestle,” said Elbaum.

“I once baby sat for Muhammad Ali and his wife Belinda’s twin daughters in Cherry Hill, NJ, so they could go out to dinner. I was able to be seen with Donald J. Trump’s second wife Marla Maples when he was promoting in Atlantic City,” said Elbaum.

“There is ONLY one Don Elbaum, THANK GOD! He is one of a kind! Take your pick,” said Henry Hascup (Pres. NJB HOF and Historian). “He (Elbaum) carried the sling shot for David (against Goliath). On a serious note, it was great when he got inducted into the IBHOF because not enough accolades are given to the men like him who keep boxing alive in the outer banks and keep the cupboards full of prospects for the so-called big time promoters to pick off.

The best line I heard about Don, and I’ve told him, even his cash bounces.” said J Russell Peltz (IBHOF promoter/matchmaker).

“I’ve been saying this since day 1 and people think I’m kidding; He’s (Don Elbaum) the Greatest Man in the World,” said Jeff Jowett (Writer for Seconds Out and former Ring Magazine correspondent).

“We first met Don in 1983 in Atlantic City. He was promoting weekly at the Tropicana and we as publicist at Resorts International. We were friendly rivals. Don and I were both inducted in 2019 to the IBHOF and we spent some time together talking about our memorable Atlantic City days while staying at the Days Inn in Canastota, New York,” said Lee Samuels. (Top Rank Boxing publicist)

In a previous interview Elbaum was asked by boxing writer Dave Ruff “can you tell me anything positive or negative about your career thus far? He answered “It’s been an incredible roller coaster ride. I have absolutely no regrets. I would do it all again in a heart beat!”

New Jersey Boxing Commissioner Larry Hazzard had this to say about Elbaum: Don Elbaum is one of the greatest businessmen in the sport of boxing and a great match maker. I learned a lot about match making from Don in my role as NJ Commissioner. We did not always agree but we always agreed to disagree and had mutual respect for each other.

Boxing Ring Announcer Larry Tornambe: After landing the ring announcing job at the legendary Blue Horizon, Don and I worked on several promotions together. While Don was the matchmaker and I the ring announcer, for the legendary Blue Horizon Boxing Promotions we got to know each other much better than our previous interactions. I believe Don knows everyone who ever participated in boxing, and if he wanted me to introduce them in the ring he had all the information I needed to do it right.

Don brought me along to announce for some other promoters, including himself. I took that as a stamp of approval as a worthy ring announcer.

Working for Don one night on an outdoor promotion, he came to me as I was finishing my ring introduction notes he asked if “a Mike was here”. I asked who is Mike. Don say’s a microphone!!! No one hired a sound system! So I announced with no mic, screaming the introductions at least twice for each fight to the crowd and press on different sides of the ring.

If I ever had a question on a trainer, gym, or fighter, Don knew the answer. He has done everything there is to do in boxing and he still knows it all!!! 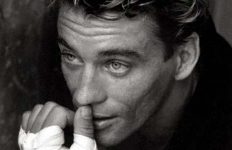