In the first round Kroll came forward winning a competitive round with Santamaria switching stances. In the second round Kroll was hurt with a body shot from Santamaria. Kroll took the next two rounds though close. Kroll did fine coming forward but when he backed up Santamaria bull rushed him.

In the fifth round Kroll suffered swelling under his right eye but seemed to take the round. In the sixth round Kroll came out southpaw with little success. In the seventh and eighth rounds each had their moments. In the ninth round Santamaria continued making it close.

In the tenth and final round Kroll seemed to pull the fight out.

In the first round Hermosillo suffered a small cut outside his left eyebrow in a close round. In the second round a lead left from Hermosillo on the chin rocked Magsayo. In the next three rounds it was close with Hermosillo holding an edge. In the ninth and tenth rounds it was back and forth.

In the first three rounds the taller Barrientes countered well taking the first and third rounds with DeAnda continuing to come forward throwing punches taking the second round. In the sixth and final round referee Gerald White took a point from Barrientes for holding.

In the two rounds the two converted southpaws to orthodox boxers fought both rounds close. In the next two rounds Barrientes held a slight edge though being rocked once from a Varela right on the chin. In the sixth and last round it was close. 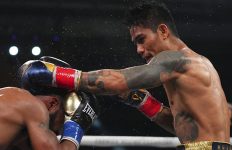 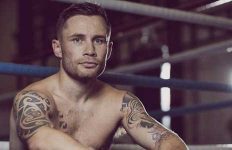 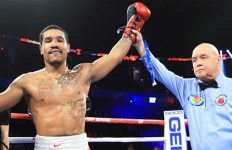