On Oct. 5, 2019, Dee Lee Promotions, along with matchmaker Nick Tiberi, presented a night of boxing at the PAL Center in Hockessin, Delaware.

In the main event, the weights were 138 and 138: Hammering Hank Lundy, from Philly, record of 29-8-1, 14 KOs, weighing 138 boxed for eight rounds against Robert “Red Hot” Frankel, record of 37-22-1 with 8 KOs, weighing 138. Frankel, from Denver, lost to Lundy in the eight-round welterweight main event. Frankel did hang tough, but Lundy was just too fast. This was their first time boxing in Delaware.

In a main preliminary bout for four rounds, Antoine Taylor, 216 lbs, 4-12-1, with 1 KO, weighing 216, from Cincinnati, KO’d Stefan “The Freak” Talabisco, 4-0, 4 KOs, 263 lbs, from Elsmere, DE. Taylor took the fight to Talabisco, knocking out the big guy in two rounds, with Talabisco’s head getting bounced around like a ball. It took some time to get Talabisco up. In this writer’s view, Talabisco should not fight again. I wish he would just hang it up. I think he’s a nice guy.

Vinnie “Hollywood” Kirkley, 3-1, 3 KOs, weighing 144, from New Castle, DE, starting out with a new gym and new trainer, Herb Chapman, fought to a draw with Zaymer Brothers, making his pro debut, at 148, from Philly.

All in all it was a good night of boxing, with only two local Delaware fighters on the card. 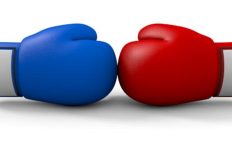 Why Can’t Delaware Have Their Own Commission?→ 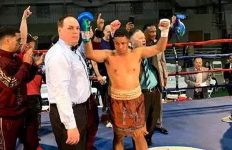 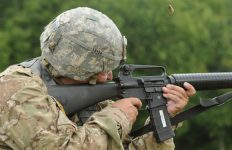 A Good Interview with Boxer Stefan “The Freak” Talabisco A Fighter Just Starting!→