Tszyu’s famous Russian born father Kostya “Thunder from Down Under” Tszyu, 31-2 (25), retired in June of 2005. During his career he won the WBC, WBA and IBF Light Welterweight titles. He was inducted into the IBHOF in 2011. He made his debut while living in Australia.

The younger Tszuy added the Australian title to his two previous titles the interim WBA Oceania knocking out Denton Vassell, 25-5, of the UK in February. He won the WBC Asian Council Continental title in October of 2017 over Wade Ryan, 14-5. He defended that title stopping a pair of Indonesia opponents in Larry Siwu, 27-10, in May of 2018 and in August of 2018 knocking out Stevie “Wonder” Ongen Ferdinanus, 27-15-1.

In a non-title win following this Tszyu stopped Marcos “El Indio” Jesus Cornejo, 19-3, of Argentina in September of 2018. The 24 year old turned professional in December of 2016. He was 6-0 in 2017 scoring stoppages in five of those matches.

Tszyu was previously ranked No. 31 but now is ranked No. 33 and Richie No. 51 in the IBO rankings. A win over Richie will certainly move the young Tszyu up in those ratings. 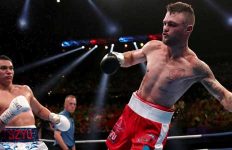 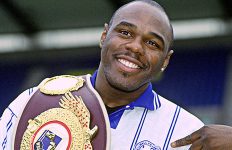