Barnes of West Bloomfield, Michigan has a record of 10-0 with 8 knockouts.

Barnes, who is trained by Javan “Sugar” Hill, has juggled his career with being a Process Server.

“I signed with David McWater because he was a straight shooter,” said Barnes. “What you see is what you get.  I asked people I know he manages and people who know him. Everyone says good things to  about him, which confirmed by what I thought.”

Said Split-T Management CEO, David McWater, “Anthony has movie star looks, and one punch power that can knock any super middleweight out. We share similar thought and a plan on how he can become champion and in 3 years. I see him not only as a champion, but one of the big attractions in boxing”

Barnes will be back in action this Friday night, July 13th, when he takes on Dwayne Williams in a six-round bout on a show that is promoted by Carlos Llinas CLIP Promotions at The MotorCity Casino Hotel in Detroit. 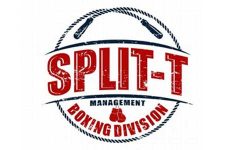 Split-T Management goes 6 for 6 this past weekend→ 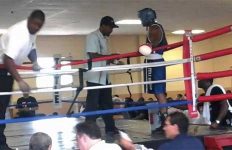 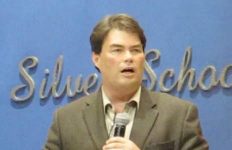