My must see fighter has to be without a doubt the very underrated and to some degree unknown Andre S.O.G. Ward. He’s a 2004 gold medalist, Super Six winner and current WBA super middle weight and Ring champion of the world. For boxing purest he is defined as an elite highly skilled boxer who tends to make easy work by out classing virtually every opponent that has crossed his path. He holds impressive wins against top ranking fighters such as Mikkel Kessler, Carl Froch and now diminished Chad Dawson.

Andre Ward has a perfect record of 27-0 and is the 2nd ranked pound for pound in the world only behind none other then Floyd Mayweather jr. You would imagine a boxer with his credentials would be on the top of the boxing world. Unfortunately this is not the case. As the Majority of the boxing world worships other boxing super stars such as veterans Floyd Mayweather jr. Manny Pacquaio as well as future power houses such as Canelo Alverez, Danny Garcia, and Gennedy Golovkin he’s yet to capture the attention a boxer of his caliber deserves. Superb defensives skills, hand speed and surprising strength( especially in the trenches) Wards fighting style combined with his calm and collective demeanor might not be as exciting as some other fighters marketed in the sport but he continues to keep doing the most important thing and that’s winning! Andre Ward is one of the most talented fighters in the sport today who I would say can give Money Mayweather a run for his money and pound for pound ranking if they stood in the same weight class.

Maybe it would take another fighter such as Gennady Golovkin or Peter Quillin to not bring the best out of Andre Ward but give him the attention and fan base of the few elite. Or maybe a fighter like Andre Ward fits in a smaller category of great boxers that are considered to technical and not as exciting as the more highly watched trash talkers or power punchers of the sport. Whatever  the case, I believe that if Andre Ward keeps winning he will be the next to fill the spot of p4p king after Mayweather hangs up the gloves or losses his first  professional bout, but  time can only tell and when it does I will definitely be watching and hope you do to. 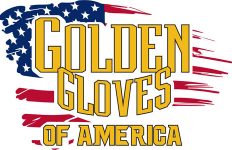