ATLANTIC CITY – While most of the focus Saturday night at Resorts International Hotel and Casino will be on heavyweights Amir Mansour, 19-0, 14 KOs, and Kelvin Price, 14-1, 6 KOs, and light heavyweights Ryan Coyne, 21-1, 9 KOs , and Lionell Thompson, 14-2, 9 KOs, in two separate nationally televised 10-round fights, the undercard bouts on the bill branded the “Road to Redemption” appear to pack just as big of a punch as the two main events. The truth is, everyone fighting on Saturday night has something to prove, which means the action in the ring promises to be heated and intense.

Former two-time cruiserweight champion Steve “USS” Cunningham, 25-6, 12 KOs, of West Philly, continues his heavyweight campaign against Bakersfield, CA’s rugged Manuel Quezada, 29-7, 18 KOs, in an 8-rounder that tops the preliminary schedule. Both heavyweights badly need a win to break the division’s rankings, and a loss at this point for either fighter could be disastrous.

Quezada said, “I am just excited to get back in the ring. I’ve been off for a while and I am happy he (Cunningham) agreed to fight me. I have been a big fan of Steve’s. There’s something about his style that I like, especially because he’s not a big guy.” He added, “We have a good game plan and I am definitely confident that I can win.”

Cunningham doesn’t believe that any of Quezada’s game plans will work. “It’s fight week, I’m focused and determined to show the world I belong in this division. I believe I will win no matter what he brings.”

In another 8-round fight, Atlantic City’s DeCarlo Perez, 11-2-1, 4 KOs, faces the most dangerous foe of his career thus far in junior middleweight Allen Conyers, 12-9, 9 KOs, of Bronx, NY. The hard-punching Conyers will be trying to reverse a 5-bout skid, and certainly has the power to do it. Perez needs to prove that his chin can take Conyers’ heat before he can extend his win streak to six straight.

In a six round heavyweight bout, El Paso’s David Rodriguez, 36-0, 34 KOs, returns after a two year hiatus to claim career redemption against the seasoned Darnell Wilson, 24-17-3, 20 KOs. Despite his spotless record, Rodriguez must show that he can come back from injuries that kept him idle and almost ended his career. Wilson, once a feared prospect, is looking to return to form against his undefeated foe.

“I am simply thankful for this opportunity. Rodriguez has a really good record, but I am stronger than they think. I also know my professional experience, my heart and determination will give me the edge I need to win this fight,” said Wilson.

Rodriguez stated, “I am on a mission to show the boxing world I am back and I mean business. I am taking this fight with Wilson very seriously. I’ve trained hard and expect to be victorious on Saturday night.”

Two fighters will be making their professional debut, and both are looking to make a good first impression.

Cruiserweight Andrew Peurifoy, Sicklerville, NJ, starts his career against North Philly’s Aaron Leonard, 0-1-1, in a 4-round bout. Likewise, middleweight Trent Laidler, of Palm Beach, FL, debuts against an opponent TBA. All three fighters hope to head home with their very first victory as a pro.

In another 4-rounder, undefeated super middleweight John Magda, 3-0, 3 KOs, will see action in the opening fight of the night.

Doors open at 5PM ET. The feature bouts, Mansour-Price and Coyne-Thompson, will be broadcast 8 – 10 PM on NBC Sports Network in the season finale of the popular live boxing series, Fight Night.

Tickets are priced $75 and $50. They can be purchased at the Resorts International Hotel and Casino Box Office, 800-736-1420 and at TicketMaster. Click here to connect to TicketMaster or cut and paste: http://www.ticketmaster.com/Main-Events-Boxing-tickets/artist/1940738

Six additional bouts are planned for the card which is promoted by Main Events and Peltz Boxing in association with DiBella Entertainment.

The resort that brought gaming to Atlantic City in 1978, Resorts Casino Hotel is at the top of its game today, offering world-class casino action in a relaxed environment that keeps the focus on fun. Resorts Casino Hotel made history as the first American casino outside of Nevada and will celebrate its 35th anniversary in May 2013 with a new milestone: the opening of a $35-million Margaritaville casino and entertainment complex that will include, among other attractions, the only beach bar on the Atlantic City sand. 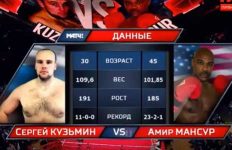 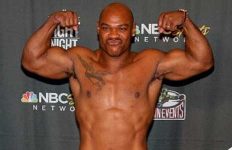