His name we know only as ‘Thomas’. At 61 years old, he was a rich sugar daddy restauranteur 27 years older than she, a 34-year-old retired Brazilian boxing beauty with a young son. The scene, a nice scenic town in scenic Switzerland where everybody knows everybody, a happy place, where they married in January 2020. Murder she wrote. Retired boxer Viviane Obenauf has been arrested in connection with the murder of her husband on October 19, 2020, in the Swiss town of Interlaken, southeast of Berne, where they lived. He owned the Des Alpes Restaurant. She owned and operated her own gym. Her boxing record was 14-6, andshe fought in three world titles, and earned several regional WBA and WBF female titles during her super featherweight and lightweight career. Employees of the restaurant describe him as hard working but not easy to get along with. Was this murder a a case of a beautiful jealous bitch, an argument got wrong, or something far more sinister?

Thomas sustained massive injuries from a prolonged violent assault with a blunt object. An ex-boyfriend described her as a bizarre two-sided personality, with a jealous switch who punched her in the face several times when she became jealous of one of his friends. He withdrew his legal complaint against Obenauf because his mother had just died and was dealing with other emotional issues. Obenauf will probably plead not guilty and claim self-defense in the death oof her husband. The death will not be prosecuted as first degree murder as it was not premeditated, and was the result of some sort of personal argument or disagreement. An intercranial brain CAT scan would be a brilliant defense by attorneys for Obenauf in this case, as it could reveal any kind of long term brain injury Obenauf sustained in the ring during her career which could have affected her mental functionality.

Former World Boxing Council Female Super Featherweight world champion Frida Wallberg sustained a brain injury in her final bout in Sweden in June 2013 and got knocked out in the eighth round by Diana Prezak, and wound up in a medically induced coma. Female professional boxers are considerably more rare than male professional boxers. Let’s face it-female boxers are more susceptible to permanent brain damage. Obenauf was stopped by Maiva Hamadouche, Chantelle Cameron, and was beaten by Terri Harper, Ewa Brodnicka, Katie Taylor, and Vissia Trovato. Against Harper in a 10 rounds loss for the International Boxing Organization World Female Super Featherweight title in November 2019, Obenauf took a bad beating in Manchester Arena and did not win a round. If Obenauf’s brain reveals long term damage from her boxing career, she could be found not guilty by reason of temporary insanity, or be declared medically unfit for trial. 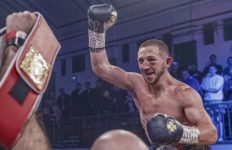 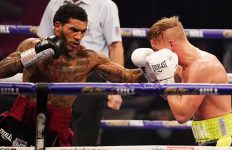