Browse: Home / 2020 / May / 01 / Welterweight Crawford Wants Pacquiao But How About Other Champions?

Looking at other champions like WBC and IBF welterweight champion Errol “The Truth” Spence, Jr., who last fought in September winning a split decision over his now WBC No. 1 contender Shawn “Showtime” Porter, 30-3-1 (17), who also hasn’t fought since.
Spence’s chances of coming back and being anything like he was after a near death car accident is highly unlikely. Former WBC & WBA champion Keith “One Time” Thurman, 29-1 (22), is a good example coming back after an injury of lesser results than Spence.
Thurman lost in his last fight last July to now current WBA champion Manny “Pac Man” Pacquiao, 62-7-2 (39), which was also his last fight. Thurman never gave former champion Danny “Swift” Garcia, 36-2 (21) a rematch from their split decision fight. Garcia lost to Porter after this. His last fight was this January defeating Ivan “El Terrible” Redkach, 23-5-1.

Spence’s No. 1 IBF contender is Kudratillo “The Punisher” Abdugaxorov, 17-0 (9), who is scheduled May 16th fighting for the interim IBF title against Sergey “Samurai” Lipinets, 16-1 (12).

WBC Diamond champion and former four division world champion Mikey Garcia, 40-1 (30), stepped into the welterweight division a year ago and was shut out by Spence. Seems Garcia was going up one weight too many. In February he defeated former WBO champion Jesse Vargas, 29-3-2.

So, to all those welterweight champions who seem to want to fight Pacquiao who still draws big revenue “watch what you ask for” and how about unification with the other champions? 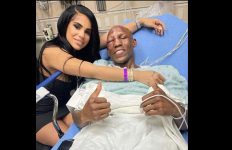 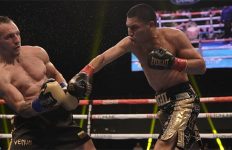