Abraham Lincoln as a 20 year-old in 1830, was the wrestling champion in his county in Illinois. At this time, while working at a store in New Salem, Illinois Lincoln had a famous bout with Jack Armstrong, also a county wrestling champion. Lincoln won decisively when, after losing his temper Armstrong began fouling him, he slammed Armstrong to the ground and knocked him out. Two years later, while serving as a captain in the Illinois Volunteers during the Black Hawk War, Lincoln lost his only recorded match to a soldier in another unit by fall.

This time it was Lincoln who averted the free-for-all which seems to have been the customary follow-up to an individual wrestling bout. Often forsaking the “common British style” of collar and elbow for the free-for-all style of the frontier, Lincoln undoubtedly was the roughest and toughest of the wrestling Presidents. Also, known as the catch-as-catch-can,” this style was known as hand-to-hand combat than sport. Lincoln progressed rapidly between the ages of 19, when he defended his stepbrother’s river barge from Natchez thugs, throwing the potential hijackers overboard, and 29, when he cautiously mentioned himself as possibly the second best wrestler in southern Illinois. Lincoln certainly did not achieve any national fame as a wrestler, but his career was typical as the way the sport was conducted in the first half of the 19th Century. Lincoln was inducted into the National Hall of Fame.

“During the 1980’s New Jersey was the Capital of the Boxing World and Donald Trump had a lot to do with it, including many of Mike Tyson’s fights”. The Hall’s announcement said of the Presidential candidate. He was inducted alongside Mickey Ward, known best for three epic battles against Arturo Gatti and the “The Fighter” the film based on his life. 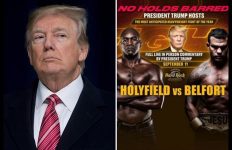 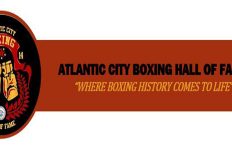