Diaz, 31-1 (22), of Imperial, CA, defends his titles over DAZN (the Zone) against Joshua, 22-1 (21), out of Watford Hertfordshire, UK. It was the fourth defense for Joshua. Rumors were he was dropped in training for the fight.

On the importance of keeping the belts: It’s been a long 3 months of camp. I’ve been training real hard for this fight. Like, June 1st I made history, and I think the importance is to re-make history on December 7th in Saudi Arabia. Not much to say but I’m ready to rock n’ roll. I know AJ is going to come in with a different game plan. I know he’s prepared, motivated, being more cautious – I know he’s going to try to box me around. My job is to prepare for whatever comes my way.

On this being a great opportunity: It’s interesting being on this side of the table, as you said in my 16th fight, I challenged for the world title, challenged again with Klitschko, then Parker and I’m challenging again, so this is my fourth title challenge in a short space of time. I’m used to being in this position, and even when you’re champion, I think that Andy being a respected heavyweight he knows you have to have the challenge and mindset. All these quotes that these fighters come up with is reality, challenger mindset. I’ve said previously when I had the belts around my waist. So, I’m going back to my 16th fight, focused and determined on my goal.

On the undercard will be: 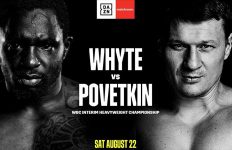 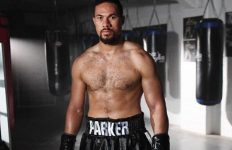