CANASTOTA, NY – NOVEMBER 4, 2019 – The International Boxing Hall of Fame announced its flags will fly at half-staff in memory of promoter / publicist Don Fraser. He passed away on October 30th at his home in Toluca Lake, CA. He was 92.

“Fraser did it all in the sport of boxing and dedicated his life to the ‘sweet science,'” said Hall of Fame Executive Director Edward Brophy. “Everyone at the Hall of Fame joins the boxing community in mourning his passing and remembering his many, many accomplishments.”

Born in 1927, Fraser was involved in nearly every aspect of boxing – promoter, matchmaker, manager, publicist, writer, executive and corner man. An astute writer, he was The Ring’s California correspondent and was editor of Knockout (1950-55). A master publicist, Fraser worked as public relations director at the Hollywood Legion Stadium (1956-1959), the Olympic Auditorium (1959-1967) and the Forum (1967-1981). He was also director of boxing at the Forum, promoting many fights including the 1973 rematch between Muhammad Ali and Ken Norton. Fraser was Executive Officer of the California Athletic Commission from 1981-83. He returned to promoting at the Olympic from 1983-84 and then ran a string of successful shows at the Irvine Marriot Hotel until 1992. During his career, he promoted fights featuring Hall of Famers Sugar Ray Robinson, Ruben Olivares, George Foreman, Jose Napoles, Salvador Sanchez, Carlos Zarate, Bobby Chacon and Danny “Little Red” Lopez.

In 2005, Fraser was elected into the International Boxing Hall of Fame. 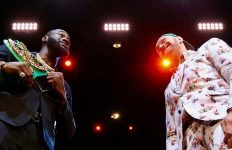