At the Reno-Sparks Convention Center in Reno, Nevada Saturday night Shakur “No Fear” Stevenson won the vacant WBO World Featherweight title easily defeated Joet Gonzales over 12 rounds. It was a grudge match and Stevenson before 2,828 fans. 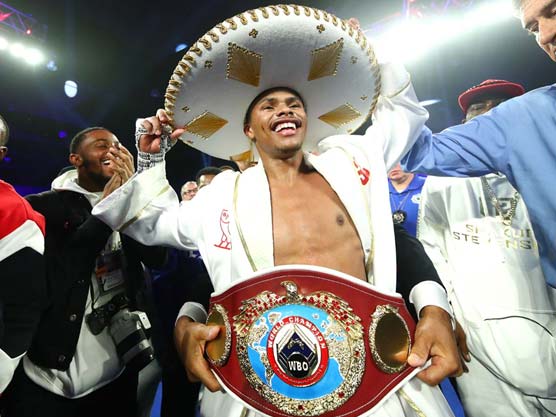 In the fifth round Gonzalez warned in a clinch for hitting Stevenson behind the head. Stevenson continued boxing well with the exception of the seventh round dominated Gonzalez the rest of the way. Gonzalez only won one out of twelve rounds.

“(IBF Champ) Josh Warrington who said he won’t fight me unless I got a title so now I got a title so I got a title and I want to unify the titles,” said Stevenson. He is the first member of the 2016 Olympic medal winners of which he won a Silver Medal to win a world championship. Warrington improved his record to 30-0 (7), on October 12th with a second round TKO over Sofiane Takoucht, 35-3-1, in Yorkshire, Leeds, UK. 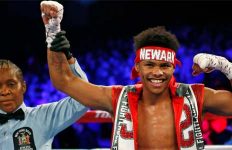