It seems to be a well-kept secret that Bangkok’s Thailand’s Chayphon Moonsri is 53-0 (18), with ten successful title defenses. Simphiwe Khonco, 19-5 (7), is his No.1 contender from South Africa who hasn’t fought since December of 2018 due to a bad cut and a NC result.

The other Mini champions are Surin, Thailand’s Thamanoon Niyomtrong aka Knockout CP Fresmart, 20-0 (7), the WBA champion who as interim champ defended three times. As world champ has defended seven times.

Wilfredo “Bimbito” Mendez, 14-1 (5), from Trujillo Alto, PR, just captured the WBO title in August. The IBF title is vacant with No. 1 contender Samuel “The Silent Assassin” Salva, 17-0 (10), of lligan City, in the Philippines with No. 2 vacant and No. 3 Padro “Rattle Snake” Taduran, 13-2 (10), of Metro Manila, in the Philippines which would bring about a Filipino champ. Moonsri aka Wanheng Menayothin has defeated Taduran.

Niyomtrong and Mendez could unify their WBA and WBO titles while Moonsri can meet the Filipino winner of fight Salva the IBF top contender for vacant title. This could set the stage for an all Thai unification bout between dual champions! 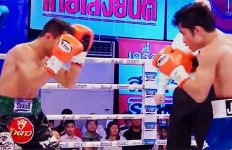 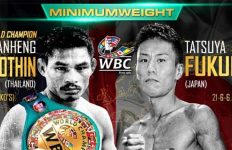 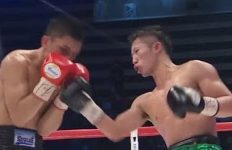