This Saturday Alexander Povetktin meets Hughie Fury in a crossroads bout for both contenders. The winner will be in line for a shot at one of the world heavyweight championships. The loser, most likely, will permanently lose recognition as a top-tier heavyweight. Povetkin, who has been a fixture in the world ratings for eleven straight years, is installed as a slight betting favorite over the 24-year old Fury, who is younger than his Russian foe by 15 years.

The outcome of this bout will definitely shake up the pecking order of the world’s top heavyweights. Povetkin, who is making his first ring appearance since being knocked out by Anthony Joshua a year ago, is presently ranked 7th by the WBC and 10th by the WBA. Fury, who has won two fights since losing to Kubrat Pulev in 2018, is rated 13th by the IBF. Whoever emerges victorious on Saturday will almost certainly be rewarded with a top slot in the ratings of the WBC, WBA, IBF, and WBO.

And, of course, for the winner a big money bout or world title fight is the next logical step.

For both fighters, the consequences of defeat are serious. Povetkin, who is a few weeks shy of his 40th birthday, has been fighting professionally for nearly 15 years and has reached that age when most boxers are tired and ready to hang up the gloves. The Russian’s prestige and marketability were tarnished by his devastating KO loss to Joshua, and should Povetkin lose to Fury, he will either retire or pass the rest of his career as a stepping stone for younger, up-and-coming prospects. For Fury, this is a “must win” fight as well, as he has already been beaten soundly by the only two legitimate contenders he has ever faced. Should Fury lose on Saturday, he will probably never again be perceived as a serious world-class heavyweight.

Saturday’s match has garnered international attention for reasons above and beyond the high stakes of its outcome. That is because the fight represents a fascinating cross-comparison of differing styles, physical attributes, and strengths and weaknesses. Standing 6’6″ and with a reach of 80″, Fury has a serious height and range advantage over the 6’2″ Povetkin, who features a 75″ arm span. That Fury is the younger fighter by almost a generation raises the question of whether Povetkin still has the energy to compete with the Englishman, whose youth and strength are reflected in his whiplash hand speed and perpetual, bouncy footwork. Finally, there’s the classic boxer vs slugger stylistic match-up, as Povetkin is a swarming, pressure fighter who attacks from a semi-crouch, or low to the ground like a bulldog. By contrast, Fury is a stick-and-move technician who is at his best when he dances circles around foes, flicking his left-jab and clinching to prevent any close quarters exchange of punches.

In this writer’s opinion, analysis of each boxer’s fighting style and assessment of their past performances indicates that Povetkin will win on Saturday. In fact, based on the evidence, Povetkin will probably win big.

Povetkin’s swarming, attacking style, unique punching angles, durability, and tenacity are ideal for cutting down tall opponents and battering them into defeat. Shuffling back and forth while putting himself within firing range, Povetkin likes to draw his opponent’s first punch, at which point he shoots scythe-like, curved left jabs to the jaw, followed by a heavy overhand right, capped by multiple left hooks to the head and body. The Russian often bewilders his opponents by varying the sequence of these punches. Povetkin is expert at sensing the exact moment to leap inside his taller foe’s reach in order to punish them with these strong, swarming combinations.

In the past, Povetkin has proven the effectiveness of his aggressive style against numerous boxers who are 6’5″ or taller. David Price, Johann Duhaupus, and Marius Wach are three tall guys who were cut down like trees — literally turned into punching bags — by Povetkin’s brutal but calculated pressure tactics. So, there’s every reason to believe that Fury, who is not a power puncher, is at risk of being overwhelmed by Povetkin’s offensive.

Key to understanding this bout is the question of how, exactly, Fury reacts when he is under fire from a foe who reaches his chin. Fury’s history shows that he does not react well at those moments. In a 2015 bout against the short, slow, but aggressive Andrey Rudenko, Fury’s long-distance boxing was often disrupted by the Ukrainian’s awkward overhand rights to the jaw. When Fury saw this punch coming, he seemed to feel undue stress, and his first impulse was to clinch, almost in desperation. Other times, Rudenko forced his way inside Fury’s guard and unleashed clumsy, ineffectual, but aggressive combinations at short range. Again, at these instances, Fury looked panicked, and his only response was to awkwardly cover up and then clinch. It is reasonable to assume that Fury’s reactions to Rudenko’s attacks exposed flaws in his combat instincts while under pressure. The Englishman simply does not appear to have any ability to fight effectively if forced to battle on the inside.

Certainly, Fury is a much better fighter today than he was in 2015 against Rudenko. But still, based on his gun-shy performances against Kubrat Pulev and Joseph Parker, Fury is still vulnerable when he gets hit. Under attack, Fury simply has no game aside from clinching and retreating. Whatever a club fighter like Rudenko can accomplish against Fury, then Povetkin – one of boxing’s best infighters — can do many times better.

Fury does not have the punching power to hurt the brick-chinned Povetkin. Therefore, the only way Fury can win is by using his superior foot-speed to dance circles around Povetkin, to keep the action at long range, and to constantly score with his long, left jab followed by snapping rights to the head. But Povetkin is expert at cutting off the ring. And, based on his bout against Joshua, Povetkin still has good legs even though he is 39 years old. Additionally, Povetkin is skilled at ducking opponent’s jabs, and at countering with power punches to the head. Therefore, it is likely that Fury will spend much of Saturday’s match struggling with Povetkin at close quarters, either pinned to the ropes, constantly clinching in center ring, or soaking up punishment on the inside.

The only real question is how, if at all, Povetkin’s one-year layoff will affect his fighting ability. It is within reason to suspect that, for the first time in his career, Povetkin may suddenly show signs of advancing age. Also, ring rust may have dulled Povetkin’s reflexes.

But Povetkin has a reputation for always being in peak physical condition. This writer makes the educated guess that on Saturday, Povetkin will fight up to the same ability level he demonstrated against Joshua. On that day, Povetkin gave the champion trouble for four rounds before being cut down by Joshua’s pulverizing punching power. Fury simply cannot punch like Joshua, and for this reason the stage is set for Povetkin to walk through his opponent and win on Saturday.

The bout will be held in Greenwich, UK, which means that Fury has the hometown advantage. Therefore, Fury’s promoter has the power to select a referee who is partial to the hometown fighter. Consequently, the referee may give Fury maximum leeway to clinch excessively. If so, Povetkin, who is expected to use his superior upper body strength to break the clinches by roughhousing and throwing punishing hooks inside, may be harassed by the referee. How this potentiality, if it happens, will affect the fight’s outcome remains to be seen.

This writer expects Povetkin to win big against Fury, either by a lopsided decision or by late rounds stoppage. Fury will most likely lose confidence early, after being hit solidly by the Russian’s heavy rights and left hooks. From there, Fury will become defensive and resort to constant clinching and running. Povetkin is capable of battering and hurting Fury even as the pair maul and hold. The effects of this punishment will take a toll on Fury, whose energy and aggression will probably fade noticeably as the rounds pass. 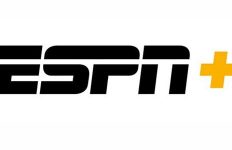 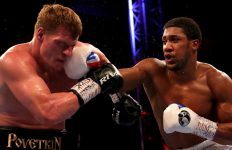