Friday night The Heavyweight Factory returns at the Seminole Hard Rock Hotel and Casino with an action packed card loaded with hungry contenders. The “Rumble at the Rock V” will feature aggressive 24-year old prospect Derrieck Cuevas, 20-0-1, 14 KO’s, against Ghana puncher Albert Mensah, 31-7-1, 15 KO’s in the main event. The 10-round welterweight showcase should be fun pitting the young lion Cuevas against the veteran puncher Mensah. The 36-year old Mensah has only been stopped once in his career but is likely to a pay a visit to the canvas against the relentless Puerto Rican Cuevas.

The undercard is deep with a pool of local talent ready to let the Everlasts take flight. The co-main event is a crossroads bout between mercurial Cuban prospect Livan Navarro, 10-0, 7 KO’s, against durable Colombian Breidis Prescott, 31-16, 22 KO’s in a 10-round welterweight scrap. Navarro is a sharp boxer/puncher with over 300 amateur bouts and a toolbox that includes, textbook technique, power in both hands and a Gennady Golovkin-esque style that is fan friendly.

In a 10-round featherweight bout 38-year old Colombian trail horse Jesus Martinez, 25-7, 12 KO’s, will try to solve the puzzle that is Hairon Socarras, 21-0-3, 13 KO’s. The Cuban pitbull Socarras, 26, is a multi-faceted bomber that can turn out the lights when he hits the target.

Promising 20-year old Jr. welterweight Logan Yoon, 15-0, 12 KO’s, will try to continue moving up the ladder when he faces West Coast tough guy Robert Frankel, 37-20-1, 8 KO’s. Yoon is fast, athletic and flashy and has stated that he plans to end matters inside the distance.

Don’t be surprised if dangerous 6’9″ Kazakhstan heavyweight Ivan Dychko, 7-0, 7 KO’s, steals the show with another highlight reel knockout against airplane-sized Ray Austin, 29-9-4, 18 KO’s. The 6’6″ Austin, 48, has been in against the best but the intimidating  Dychko has concrete hands that are fast and accurate. Dychko was a world-class amateur that captured a bronze medal in the 2012 games. 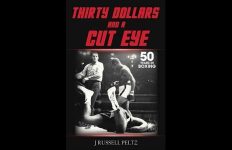