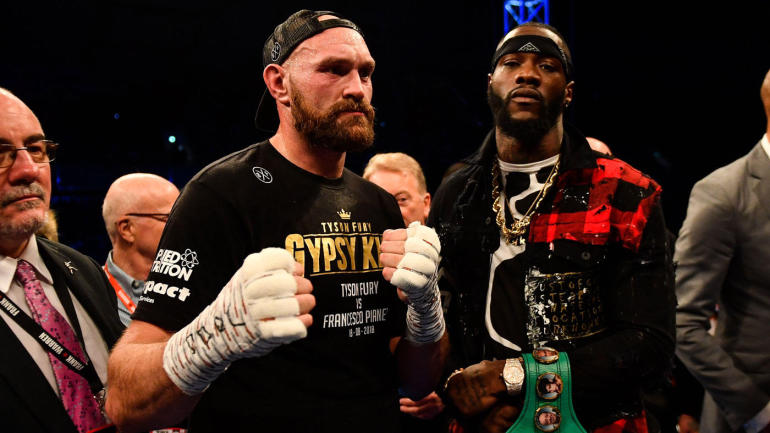 After Fury put on a very one-sided boxing clinic against Italian Francesco Pianeta last Saturday at Windsor Park in Belfast (winning a 100-90 point referee’s decision), it appears that the long-awaited fight between Fury and Wilder is FINALLY going to happen…probably…

The word coming from the camps of the two very large heavyweights is that this highly anticipated showdown will happen this November in either New York or Las Vegas. (According to Wikipedia, the fight will happen in the T-Mobile Arena in Las Vegas.)

However, famed British boxing-promoter Eddie Hearn has his doubts, “They’ve both got to make it to the ring – anything can happen.”

Considering how long this fight has been in the works, the chaos surrounding Fury and his career, and the uncertainties surrounding the sport in general; would you except anything less? It should also be noted that Hearn is the promoter of current IBF, WBA and WBO Heavyweight Champion Anthony Joshua. Let’s keep in mind that this is the same Anthony Joshua who has been rumored to have been in negotiations to fight Wilder for as long as people can remember; negotiations which have thus far all been unsuccessful. So perhaps it’s a bit of sour grapes on the part of Hearn?

Wilder on the other hand is quite certain this fight will happen: “We are ready now. This fight we are having is on. This is on, this fight is official. It’s on baby. This is what we’ve been waiting for right here baby; the best fighting the best.”

Despite all the extraneous noise, it seems fairly likely that this fight will happen…most likely…and let’s keep our fingers crossed that it does because it is badly overdue and very much needed, especially since it would set up a showdown between the winner and Anthony Joshua.