TORONTO, ON— The IBF International to take place in Canada will happen in Brampton on a Nation wide Television network to be disclosed very shortly, Ontatio, as Lee Baxter Promotions presents a stacked night of action from its proverbial home—the Powerade Centre.

“We knew if we were going to be broadcasting across Canada that we needed a main event that couldn’t disappoint,” said Lee Baxter. “Ananyan and Claggett is a firefight on paper, and I don’t see any other way that it could play out in the ring.”

Ananyan won the title by upsetting Spain’s Luca Giacon in his opponent’s home country, which caught the eye of Baxter, who immediately added him to his growing stable of fighters. The Armenian-born Russian has fought just one round in Canada, blasting out veteran Abraham Gomez in the first round on April 20.

Claggett, the former WBA-NABA super lightweight champion, is coming off a hard-fought loss to Danny O’Connor. Claggett dropped O’Connor hard in the seventh round, but ultimately did not receive the decision. O’Connor is now challenging Juan Carlos Ramirez for the WBC light welterweight title. Prior to that bout however, the Calgary native defeated the highly-regarded Yves Ulysse Jr. on the road in Quebec. He hopes to pull the upset once again and set himself up for a world title shot in the near future.

In the co-feature, Sandy Tsagouris will defend her WIBA super featherweight title against an opponent to be named later.

Last March at the Powerade Centre, Tsagouris became the very first Toronto-born fighter to ever win a world title on GTA soil, defeating former champion Carla Torres by unanimous decision. “Lil’ Tyson” will now fight for the first time as champion on her home turf, a dream come true for one of women’s boxing’s true warriors.

“Women’s boxing is more popular than ever before, and it’s thanks in large part to trailblazers like Sandy, who has been packing venues since well before women’s boxing was being televised,” said Baxter. “It’s an honor to be be a part of such a major moment for Sandy.”

In a special attraction, Neeraj Goyat will defend his WBC Asian welterweight title against Sonny Katiandagho, one of Manny Pacquiao’s chief sparring partners.

One of India’s top boxing stars, Neeraj Goyat has made his mark in television and on the big screen. Now he’s ready to hit the ring in Canada.

“India is the fastest growing boxing nation in the world and is already becoming a powerhouse on the amateur scene. Neeraj is a hero to the Indian boxing community and his country as a whole, and we can’t wait for vibrant Indian community in the Toronto region to be able to cheer him on,” said promoter Lee Baxter.

Outside of the ring, Goyat has become a Bollywood star, starring in the new film Mukkabaaz, which premiered at the 2017 Toronto International Film Festival.

Tickets are on sale via Ticketmaster and start at just $40.

The telecast will air live at 9:00 PM ET across Canada on a Network to be announced shortly. 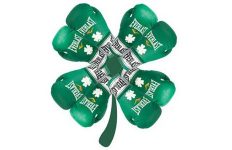 St. Patrick’s Day Shows in Boston and at MSG Saturday!→ 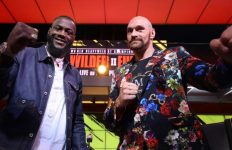