Below is the official scorecard and post-fight quotes from the Murat Gassiev vs. Krzysztof Wlodarczyk bout held Saturday, October 21 at the Prudential Center in Newark, NJ. Murat Gassiev won by KO in the 3rd round. 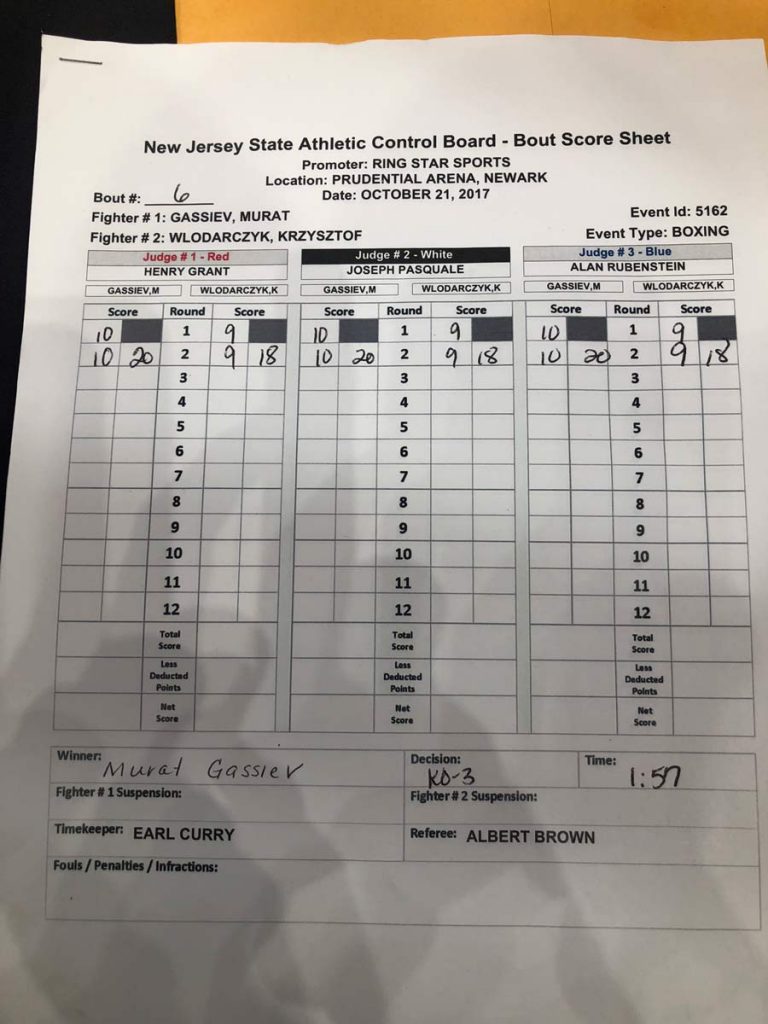 “I had a great opponent tonight. I prepared myself for a tough fight but it is boxing and anything can happen.

“We do a lot of work in the gym and I just listened to my coach round after round and he told me what I needed to do. That’s all I needed.

“Dorticos is a very good fighter with great experience. He’s undefeated and I can’t wait to give all the boxing fans the gift of a great fight against Dorticos.”

“We worked hard to try to avoid this kind of shot but unfortunately he got a really hard shot through and hurt me.

“I really wanted Gassiev to win, because he’s going to taste the power of a real man against me. His opponent tonight was past his time, I’m ready to show him what a champion looks like and give him a challenge he’s never faced before.

“I want to take his belt. I want to get in the ring and destroy Gassiev.”

“I thought Gassiev started a little slow. I wanted him to close the distance a little quicker. Once he started doing that, I knew it was just a matter of time before he landed something that would lead to something else.

“He threw a short uppercut and then a left hand that Wlodarczyk turned right into and it hit him flush. It’s something we work on a lot. I know that when Gassiev lands a punch correctly, the opponent isn’t getting up. 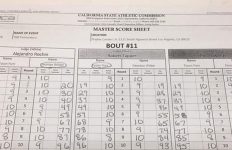 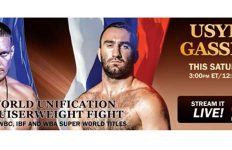 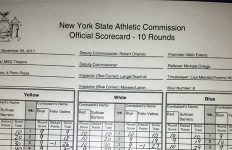 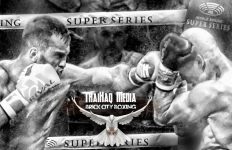