Over SHOBOX IBF welterweight champion Kell “The Special One” Brook defended his world title against USA Olympian Errol “The Truth” Spence before 27,000 fans at the Bramall Lane Football Ground in Sheffield, UK, coming up short in the eleventh round. The

In the first round of a feeling out round filled with mostly jabs Brook also threw a few rights. In the second round both opened up more with Brook landing a good right uppercut to the midsection of Spence. Brook also landed a good combination as Spence continued to fight a defensive fight. In the third round Spence landed his first solid punch a right hook to the head of Brook. Spence took the first half of the fight with Brook the second half. In the fourth round Spence became more aggressive landing a solid jab but being countered by a combination from Brook.

In the fifth round it was a bout filled with too many clinches initiated by Brook. It was his first fight since September when he lost for the first time to Gennady “GGG” Golovkin suffering a fractured right eye socket. Spence had been off since August. Spence landed a solid right hook to the chin of Spence. Spence would come back possibly having his best round setting up the right hook with a good jab. In the sixth round Spence had Brook in a corner scoring with a flurry of punches. This was one of the better rounds so far. In the seventh round Spence countered well. Brook backed Spence against the ropes. Both are landing uppercuts with Brook being more successful. Brook had swelling under his left eye at the end of the round. In the eighth round Brook landed a good flurry of punches driving Spence into the ropes. Spence came back with solid body punches. Brook seemed to do the most clinching making referee Howard John Foster work hard but was very fair. Brook landed a good lead right but followed up with a clinch.

In the ninth round with the swelling getting worse under Brooks right eye Spence took it to him driving him into the ropes forcing Brook to clinch. Spence had his best round and looked the fresher of the two. In the tenth round Spence landed a right hook to the chin following up with a flurry and dropping Brook. Spence was all over him but Brook fought back with the best exchanges of the round. Spence pushed Brook back against the ropes but it was Brook finishing the better of the two until a Spence right uppercut to the chin of Brook got his attention. In the eleventh round Brook landed a solid left hook to the chin of Spence. Spence came back driving Brook to ropes. Suddenly Brook drops to the canvas without being hit taking a knee. Referee Foster had no choice but to wave it off. Brook kept rubbing his left eye with his glove seemingly barely able to see and against a southpaw he couldn’t see those right hooks by Spence.

“He was a tricky guy and hit hard but the layoff took me a while to get started. I give myself a B-. The tenth round was a good round for me. He came to the USA to win the title and I came to the UK to win it. The fans have been quite good to me here. I want to fight Keith Thurman,” said Spence.

“He is one of the best fighters I have met. He hurt my (right) eye around the seventh round. I got caught in the final round but I couldn’t see. I thought I was ahead going into the eleventh but couldn’t continue,” said Brook.

Brook was behind on all 3 score cards. This writer had Spence ahead by 4 points with a strong finish after and even 8 rounds. It wasn’t an exciting fight in the first half but heated up a bit in the latter rounds but considering both hadn’t fought since the end of last summer it was expected neither would be as sharp as they could have been if they were more active. Spence may be biting off more then he can chew at this time challenging Thurman but time will tell. 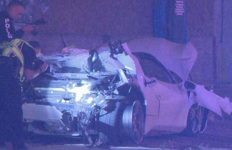