Just The Third Unification Between Undefeated Welterweights In Boxing History

That is the elite company welterweight champions Danny Garcia and Keith Thurman will join when they meet in just the 10th unification in division history on Saturday, March 4 on SHOWTIME CHAMPIONSHIP BOXING on CBS, presented by Premier Boxing Champions, from Barclays Center, the home of BROOKLYN BOXING™, live on CBS from 9-11 p.m. ET/6-8 p.m. PT.

Garcia, the WBC titleholder, and Thurman, the WBA champion, will unify the exact same titles that Leonard (WBC) and Hearns (WBA) unified in their 1981 Fight of the Year.

And while Hearns was undefeated and Leonard entered with one loss, Garcia (33-0, 19 KOs) and Thurman (27-0, 22 KOs) will meet in just the third unification between undefeated welterweights in boxing history, the first since Trinidad vs. De La Hoya in 1999, a bout billed as “The Fight of the Millennium.”

Garcia vs. Thurman will be broadcast in Primetime on CBS, the first unification on network television in any division in over two decades (Note: Terry Norris vs. Paul Vaden at 154-pounds on Dec. 16, 1995 on FOX). It’s also just the second primetime boxing presentation on the CBS Television Network in nearly 40 years.

While Danny Garcia and Keith Thurman are joining a who’s who of legendary 147-pounders, their showdown also presents current implications in boxing’s glamour division. With the retirement of pound-for-pound kingpin Floyd Mayweather, Garcia and Thurman, both just 28 years old, meet with a chance to become the new face of the stacked 147-pound division, and perhaps earn a spot on the mythical pound-for-pound list.

More than 80 percent of the total punches landed by Garcia are power shots, putting his high-octane power punch output nearly 10 percent higher than the welterweight average.

Keith Thurman ranks No. 4 amongst all current boxers in percentage of power punches landed, connecting at 48.2 percent according to Compubox. That’s more than 10 percent better than the welterweight average.

Both fighters are young, hungry and undefeated. Their bout on March 4 is the quintessential career-defining fight. It is a chance for both to add to their growing legacy and potentially, ultimately, be forever linked with every boxing great in the coveted International Boxing Hall of Fame.

Tickets for the live event, which is promoted by DiBella Entertainment, start at $50 (not including applicable fees) and are on sale now. Tickets can be purchased online by visitingwww.ticketmaster.com, www.barclayscenter.com or by calling 1-800-745-3000. Tickets are also available at the American Express Box Office at Barclays Center. Group discounts are available by calling 844-BKLYN-GP. 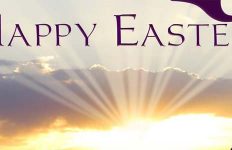