WBC light heavyweight champion Adonis “Superman” Stevenson, 28-1 (23) made his seventh defense in Quebec City, Canada at the Centre Videotron over No. 8 contender Thomas “Top Dog” Williams, 20-2 (14), of Ft. Washington, MD, with a fourth round knockout at 2:54 of the round. Premier Boxing Champion promoted the event over SPIKE TV. The Haitian fighter fighting out of Blainville, Quebec, called out WBA, WBO and IBF champion Sergey “Krusher” Kovalev who had a title defense July 11th which was his eighth.

It was a slugging match before a pair of southpaws with the less experienced Williams coming off the floor in the first. He came back well in the next two rounds. As both fighters were throwing left hands it was Stevenson’s that got there first dropping Williams face first. He got to a sitting position at six but in trying to reach the ropes for help to get up he didn’t get anywhere at 2:54 of the fourth round being counted out by referee Michael Griffin.

In the fourth round Stevenson opened up with a low blow from a left hand forcing Williams to take a knee. Referee Griffin wisely gave Williams several minutes to re-coup. Williams had a lump over his left eye at the end of the third. After a clash of heads it was Williams having a cut under his left eye. Stevenson landed half a dozen punches with no return from Williams when a left from Stevenson to the chin of Williams dropped him face first. He got to a sitting position at the count of six and reached for the ropes to help get him up but the referee got to ten before he could get up at 2:54 of the fourth round.

In an exciting middleweight bout Immanuel Aleem, 16-0-1, Richmond, VA, seemed to get the short end of the stick in only receiving a draw against Demond “Bestatit” Nicholson, 17-1-1 (16), of Laurel, MD, over 8 rounds.

These two met in the amateurs three times with Aleem winning two of them so they knew each other well. Aleem opened up moving and showing a very fast pair of hands. Nicholson spent most of the night trying to catch him. He had a nice long jab but once it landed Aleem either countered or moved out of range of the right hand. This went on round after round. Aleem was not afraid to mix it up with Nicholson and would get in more punches but not with the power of Nicholson. The draw decision shocked the crowd and this writer. Steve St. Germain was the referee.

Berridge hadn’t fought for 8 months but was scheduled to fight 8/1 in NZ. He had a 15 hour trip to CAN and it showed coming in two days before the fight.

Alvarez is a prospect but with little power in only scoring stoppages in half his wins. He did quite a bit of damage to the right eye of Berridge but never had him in serious trouble. Berridge had a better last two rounds due to possible pacing himself to not only go the distance but to finish strong. The mention of Alvarez fighting Stevenson is too premature. He might try Jean Pascal, 30-4-1, first. Referee was Marlon Wright. 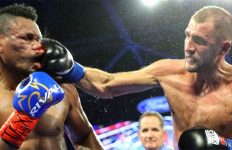 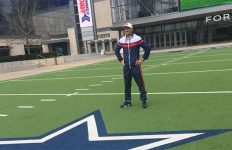 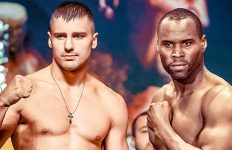 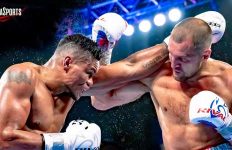