Camden’s Jason Sosa, 19-1-4 (15) scored a knockout victory in 14 of his last 15 fights with only a draw against former WBA super featherweight champion Nicholas Walters in December that put him into the WBA rankings at No. 8 and a world title fight in Beijing, China, against the champion Javier Fortuna, 29-1-1 (21), of DR, for his WBA super featherweight title who he stopped at 0:45 of the eleventh round.

It was a tough battle for the 28 year-old Sosa who only had two 10 round bouts before winning the title when referee Raul Caiz, Jr. waved the fight off as Fortuna got up from the canvas for the second time but was not able to continue. Sosa was down in the fifth round and Fortuna in the tenth round when the tide turned. Judges had the scores after ten rounds of Frank Martinez (NZ) 95-92, Stanley Christodoulou (RSA) 94-93 and Gustavo Padilla (PAN) 96-91 in favor of Fortuna. The champion was known for his power punching but not for his stamina per Fight News writer Robert Coster a New Yorker living in the DR since 1985.

In camp in Cherry Hill, NJ, with Sosa for sparring was the No. 10 WBA contender Omar “Super O” Douglas, 16-0 (11), of Wilmington, DE. Another in the same gym but a southpaw who sparred many times before was Tevin “American Idol” Farmer, 21-4-1 (5), of Philadelphia. Farmer is No. 12 in the WBC, No. 14 in the IBF and No. 15 in the WBO. This writer is not in favor of Philly vs Philly or friend vs friend so I’m glad Farmer is ranked in all but the WBA. Anthony Burgin, 9-1 (2), Philadelphia, also trains in the same gym was also a sparring mate of Sosa’s. PR’s Orlando Cruz, 23-4-1 (11) was another sparring partner. As you can see Sosa had great sparring for this title fight.

Sosa had been managed by his trainer Raul “Chino” Rivas and Adrienne Soto and promoted by J. Russell Peltz. Sosa was then signed by Top Rank. Peltz made the trip to China as did of course Rivas and his assistant Rashiem Jefferson a former standout PA Golden Glove champion and 15-1-1 (6) as a pro until retiring in 2008.

Walters is the No. 1 contender but doubtful that match would be made before a first title bout by Sosa. Jezreel Corrales, 20-1 (8), of Panama holds the WBA World super featherweight title and was in line to fight Fortuna. Can Xu, 9-2 (0), of China is No. 6 in the WBA and might be one to think about in a return to China for Sosa.

To think that Sosa only had three amateur bouts before turning professional in 2009 at the legendary Blue Horizon in Philadelphia is nothing short of amazing. His only loss was in his fifth fight coming in on short notice at 138 against welterweight Tre’Shawn Wiggans. Sosa has made 130 or less in 16 of his 24 fights and as high as 133 prior to his only loss. He is a dedicated fighter always in the gym and has a bright future. It’s great to see it happen to “one of the good guys!” 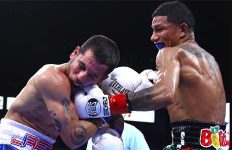 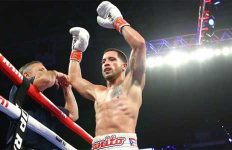 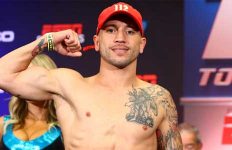 Jason Sosa Moved to Main Event In Philly with Injured Frampton Out!→