I know of no one who attended more fight events than Jack “KO” Obermayer. A new town and a new diner were some of his greatest moments. The last was in Bristol, PA, June 4th. I picked him up for the show and his long-time friend Jeff Jowett took him home. Marc Abrams and his fiancé were also with us leaving from KO’s NJ apartment who he shared with his partner Darlene who was a blessing to him right up to the end.

KO was inducted into the PA BHOF in May where few writers have been inducted. It was well deserved for the kid from Brooklyn who served his country well in Viet-Nam. He covered more than 3500 boxing shows in almost 400 different cities. He was also inducted into the NJ BHOF and won the BWAA Condon Award.

Once you met him you didn’t forget him even if you wanted to. He was always the first writer out of the building after every boxing event and was well known for it. We had our differences but he was a pleasure to be with being a writer who knew what he was talking about.

I remember those trips to Atlantic City with me in the back and his side-kick Jeff Jowett and him in the front. Within 100 yards of the AC event they would pull out their electric razors and like clockwork turn them on. KO made his last trip to the IBHOF recently and knew it would be his last but he made the journey like the trooper he was.

Jack “KO” Obermayer lived boxing right up until the end. You are already missed KO and don’t be surprised if he gets up at the count of 8! 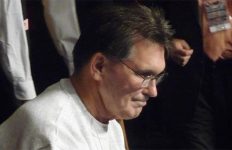 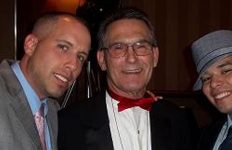