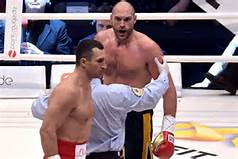 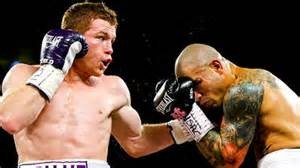 Fury Dethrones Klitschko/Alvarez Dethrones Cotto Free Replays on H.B.O Preview Weekend Starting at 10:15 P.M. The titles have changed hands.  For the second week in a row, a major boxing championship is going home with a new combatant.  Yesterday’s heroes embark on a new, lonely familiarity while new champions begin to ride the waves of newly found eminence. Tyson Fury and Canelo Alvarez are their names.  Fury captured the Heavyweight Championship of the World just hours ago in Dusseldorf, Germany.  Alvarez captured the Middleweight Championship of the World in Las Vegas last weekend.   Both fights will be replayed tonight at 10:15 p.m. on HBO.  The fight re-airings will be part of a free HBO weekend and will give light to the recent events that have been shocking the sport in the last few weeks. The fights had similar backdrops.  Two men in the prime of their lives sent two former proud champions packing, albeit in the direction of Hall of Fame recognition.  Tyson Fury capitalized on pre-fight promises to usher in a new era in Heavyweight Boxing.  Prior to entering the ring, few listened to his claims which were all too similar to recent Klitschko challengers who failed to rise to the occasion.  Still, Fury out boxed Klitschko over twelve rounds and became the first fighter ever to defeat Klitschko by a points decision.  He did it despite being penalized for rabbit punches in the championship rounds. Saul “Canelo” Alvarez defeated Middleweight Champion Miguel Cotto last weekend on pay per view.  The heavily publicized attraction showcased the increasingly competitive Mexico VS Puerto Rico rivalry and saw a younger Alvarez box his way to a competitive decision over the proud Miguel Cotto. Both fights will be aired on HBO multiple times over the weekend as well as the rest of the upcoming week.  All re-airings this weekend will be part of a free preview weekend. In recent years, many contenders have fought close fights with champions only to lose in the final rounds.  This was not the case with the newly crowned champions.  Both fighters finished strong despite building up early leads. Each contender took the championship. Both Fury and Alvarez closed the show leaving little, legitimate doubt.  It’s a great chance to see two of boxing’s most recently crowned champions as well as a forgettable rendition of Fury’s interpretation of an Aerosmith classic for those looking for a bonus. By Rob Tierney