On June 6 only a week away from the famous Puerto Rican Day Parade in New York City, Miguel Cotto faced Australia’s Dan Geale at the Barclays Center Downtown Brooklyn in a mega fight for the WBC Middleweight Championship.

The night was electric with movie actors, hip hop artists and plenty of world champions at hand eager to see the fan favorite Cotto under the tutelage of world famous coach and trainer Freddie Roach.  Master of Ceremonies hip hop artist and TV personality ” Angie Martinez” introduced the crowd to the fighters and ROC (sic) solid performances like “Big Sean who lit up the Barclays center right before the main event with a mini concert.
We saw young prospects climb in to the squared circle and give riveting performances like Junior ” Young God” Sugar Boy Younan defeat Florida’s Mike Sawyer with excellent combinations and stopping him in the 2nd round.
Jr is guided by his father and trainer Sheriff Younan who has the young prospect climbing slowly but surely through the ranks. Peter Sferrazza also an addition to the team is another major asset in the ascencion of JR. Younan’s career as he is part of the younan Team.
The main event could not come any sooner as Miguel Cotto ( 40 wins 4 loses and 32 ko’s) climbed into the ring with sounds of salsa music and cowbells resonating throughout the stadium.
Dan Geale (31 wins 5 loses 16 KO ‘s) came to the fight at a catch weight as he failed to keep his weight down during training and it was suspected that he might be weakened or sluggish for this match.
A decision that would be dangerous against a experienced champion like Miguel Cotto .
As it would be,and it showed during the main event. Dan geale would look lethargic at times forced to miss Cotto with power punches while Cotto landed dangerous combinations and finally dropped Geale with a left hook in the fourth round and later in the round with a thunderous shot to the head at 1:28 of the fourth round stopping the match as Dan geale rose up but shook his head to the referee saying the infamous nod “No Mas”
Cotto looked impressive and gave thanks to Freddie Roach saying ” He is the best thing that has happened to my career”
With this win he secured a challenge with the redheaded Mexican Saul Canelo Alvarez and guarantee themselves with a super mega fight for the ages.
Reminiscent of the days Of Julio Cesar Chavez vs Edwin Rosario, Salvador Sanchez vs Wilfredo Gomez and Oscar de la hoya vs Felix Tito Trinidad. ( note that De la hoya is American but very strong Mexican roots and heritage from East Los Angeles)
Puerto Rico vs Mexico the strongest boxing rivalry to date.
Boxing Fans brace yourselves the middleweight division is hot and the sparks shined in Brooklyn last night.
Roc Nation Sports delivered for fans as they approved with excitement and somewhere in the night a smile showered over Brooklyn, Biggie would have been just as proud.
Tweet 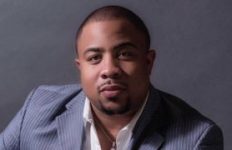