Cotto Receives Honorary Title of “Athlete of the Year”

NEW YORK (May 26, 2015) – The National Puerto Rican Day Parade (NPRDP) today announced that its 2015 Parade, scheduled for Sunday, June 14 on New York’s Fifth Avenue, will officially kick off a week of festivities with the WBC and Ring Magazine Middleweight World Championship fight between Miguel Cotto and Daniel Geale on Saturday, June 6, 2015 at Barclays Center in Brooklyn. It was also announced that Miguel Cotto, Roc Nation Sports and Miguel Cotto Promotions will be making a contribution to the National Puerto Rican Day Parade Scholarship Fund.

“Roc Nation Sports and Miguel Cotto Promotions are thrilled to be aligned with the National Puerto Rican Day Parade and to kick off their week of festivities with our event on June 6 at Barclays Center in Brooklyn,” said David Itskowitch, COO of Boxing for Roc Nation Sports. “New York’s Puerto Rican community has supported Miguel throughout his career and we look forward to mirroring that support through our scholarship fund contribution and association with the Parade’s mission to promote education and empowerment.”

In addition, to honor Cotto’s impressive athletic accomplishments spanning over a decade which include him becoming Puerto Rico’s first and only Four Division World Champion, the NPRDP has bestowed upon him the honorary title of “Athlete of the Year.”

“It’s a privilege for my June 6 fight against Daniel Geale at Barclays Center in Brooklyn to be named the official kick-off event of the National Puerto Rican Day Parade Week and I want to express my deepest gratitude for being honored me as Athlete of the Year,” said Cotto. “New York is truly my second home because I have been embraced by its Puerto Rican community. I’m looking forward to seeing my New York fans at Barclays Center on June 6.”

The NPRDP established the National Puerto Rican Day Parade Scholarship Awards Program to help promote the pursuit of higher education within the community. In 2015, the organization will double the total dollar figure and number of scholarships awarded from the previous year to 30 scholarships in the amount of $2,000 each. In celebration of the 2015 class of scholarship winners, Miguel Cotto, Roc Nation Sports and Miguel Cotto Promotions will be contributing $5,000 to the National Puerto Rican Day Parade Scholarship Fund in support of helping other high school and college students pay for their educations.

“The mission of the National Puerto Rican Day Parade is to create an awareness and appreciation of Puerto Rican contributions to the United States by holding an annual parade that displays the culture and diverse achievements of the Puerto Rican community and by supporting the higher education of our youth through our scholarship program,” said Ululy Rafael Martinez, Vice-Chair of NPRDP. “We are proud to honor Miguel Cotto as Athlete of the Year and express our deepest gratitude to Roc Nation Sports and Miguel Cotto Productions for contributing to our scholarship fund.”

The 2015 National Puerto Rican Day Parade will take place on Sunday, June 14, from 11:00 AM to 5:00 PM on New York’s Fifth Avenue. The Parade’s overall theme will be a continuation of “Un Pueblo Muchas Voces” (One Community, Many Voices) with a special commemorative theme “Celebrating Afro-Boricua Heritage,” meant to coincide with the designation of the next decade as the “International Decade for People of African Descent” by the United Nations. Spectators can watch the Parade from any designated areas between E. 44th and E. 79th Streets. NPRDP 2015 official events include the following:

Cotto vs. Geale, a 12-round fight for Cotto’s WBC and Ring Magazine Middleweight World Championships, takes place Saturday, June 6 at Barclays Center in Brooklyn and will be televised live on HBO. The fight, which is presented by Roc Nation Sports and Miguel Cotto Promotions in association with Gary Shaw Productions, will be the official kick-off event of the 2015 National Puerto Rican Day Parade Week and is sponsored by Cerveza Tecate, Jaybird, TapouT, Tequila Cazadores and Venue Kings. In addition to the great action inside the ring, the event will feature several notable Roc Nation touches that will further serve spectators with an enhanced fan experience, including Roc Nation and Grammy nominated artist Big Sean taking to the ring for a special performance prior to the main event. The event will be hosted by notable emcee “The Voice of New York” Angie Martinez and will also feature hit master DJ Lobo who will serve alongside Martinez throughout the night. Tickets priced at $500, $350, $250, $200, $150, $100, $50 and $25, not including applicable service charges and taxes, are on sale now and available for purchase at www.barclayscenter.com, www.ticketmaster.com and at the American Express Box Office at Barclays Center. To charge by phone, call Ticketmaster at (800) 745-3000. Doors open at 6:00 PM, the first fight begins at 6:15 PM and the HBO telecast begins at 10:30 PM ET/PT.

About Gary Shaw Productions
Based out of New Jersey, Gary Shaw Productions was founded in 2002 by President and Chief Executive Officer, Gary Shaw, a former NJ regulator. Having promoted boxing shows in China, Australia, Mexico and the U.K., GSP is known as an international enterprise, whose main objective is to bring excitement to boxing with competitive fights.  Partaking in some of the biggest events in boxing history, which include Felix Trinidad vs. Fernando Vargas, Lennox Lewis vs. Vitali Klitschko, Winky Wright vs. Felix Trinidad, Diego Corrales vs. Jose Luis Castillo, Shane Mosley vs. Winky Wright and Marquez vs Vasquez I, II & III, GSP has solidified its self as one of the top promotional companies in the sport.

About Barclays Center
Barclays Center opened on September 28, 2012, and is a major sports and entertainment venue in the heart of Brooklyn, New York. One of the most intimate seating configurations ever designed into a modern multi-purpose arena, Barclays Center offers 17,732 seats for basketball, 15,795 for hockey, and up to 19,000 seats for concerts, and has 101 luxury suites, four bars/lounges, four clubs, and 40/40 CLUB & Restaurant by American Express.

Barclays Center hosts an extensive variety of events, including premier concerts, major professional boxing cards, top college basketball, family shows, the Brooklyn Nets and soon the New York Islanders.
Barclays Center has redefined the arena customer service and culinary experience. Its more than 2,000 employees are trained by Disney Institute, the business advisory arm of The Walt Disney Company, and its BrooklynTaste™ food program features selections from 55 well-known restaurants and vendors in the borough.

Barclays Center engages the customer with state-of-the-art technology to enhance the fan experience. As the first arena in the world to utilize Cisco StadiumVision mobile multicast streaming technology, Barclays Center allows fans to watch live video and instant replays from their mobile phones while connected to the arena’s free Wi-Fi.

Located atop one of the largest transportation hubs in New York City, Barclays Center is accessible by 11 subway lines, the Long Island Rail Road, and 11 bus lines. 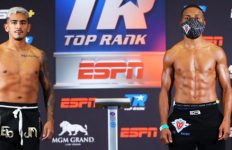