Roc Nation Sports will debut “throne boxing” next month at Madison Sqaure Garden, an event that will mix fighting and live music, according to Billboard.

“It’s going to have a lot of bells and whistles that you don’t normally see on events that are televised on basic cable,” Itskowitch told Billboard. “We’re gonna be hitting the pause button and a big-name artist will perform in the arena. That’s a bold thing that’s never been done before.”

Dusty Hernandez Harrison will fight Tommy Rainone in a 10-round fight for the vacant WBC Continental Americas Welterweight Championship in the first such event, with the music acts to be named later. It will be televised live on Fox Sports 1.

Two more events are in the works, though fighters, venues, and music acts have not been announced. Michael Buffer — the “let’s get ready to rum-ble!” guy — has been tabbed to announce all three events. 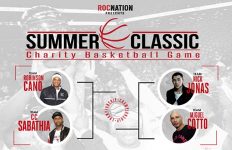 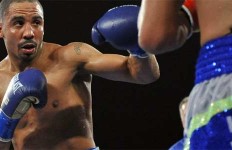 Ward-Barrera Set For Showdown on HBO→ 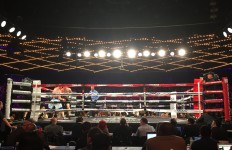 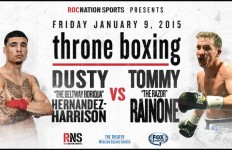