Two years ago today everyone received very sad news. I remember, it was a very hot summer day, much like today and I received a text asking if I heard about Arturo….honestly, I didn’t think anything of the text. I figured it was just referring to some crazy fun and maybe some minor trouble. Arturo was always one of the boys and always had great stories. However, this time would be different. Soon after, I heard the news and it hit harder than I could imagine.

Thomasz Adamek was fighting Bobby Gunn that night at the Prudential Arena in Newark and going to the fights seemed weird. The heat that day led to thunderstorms that night and I remember the thunder in Newark sounded like explosions in the sky. Everyone at the Main Events show who has been around for a while was obviously in shock, especially as all different stories were circulating.

As a teenager a couple years younger than Arturo I watched him go from a cool kid in the gym and hanging out who no one seemed to think would amount to anything to a legitimate 2-time world champion who made almost every fight a fight of the year candidate. While I’ve been in the gym and around different fighters my whole life, Arturo was one of the only ones who seemed as human as I was, but he was able to shine on the biggest stages and overcome almost any adversity. His fights appealed to both boxing fans and people who did not even like boxing for that reason.

After that day two years ago, I didn’t enjoy going to the fights as much as I used to, especially in Atlantic City. The first time I went back to Atlantic City for a fight reminded me of the first time I took the PATH train back to the World Trade Center after 9-11, just a strange indescribable feeling. I still have a passion for boxing, but can’t believe what happened to someone who always appeared indestructible both in and out of the ring. However, much like the ancient warrior Achilles; Arturo can be sure that people will remember his name. 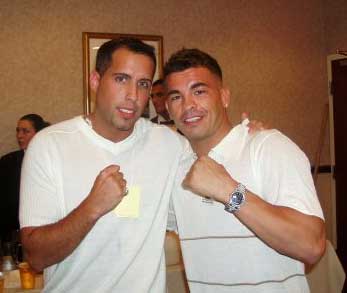