Here’s some information on this years honorees:

1. Dr. Mark L. Belafsky worked on the New Jersey Boxing Comm. for over 20 years and was considered one of the top Doctors in the field of Boxing. 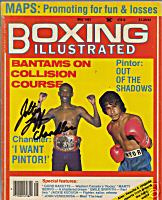 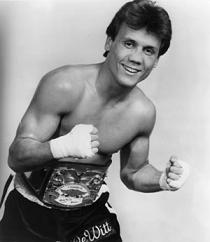 6. Bob Fernandez, (Formerly Plainfield, NJ, now PA) Boxing Historian and writer. Has written many stories on Boxers throughout the Country, especially those from the state of New Jersey.

11. Tony Riccio (Bayonne) who fought Sugar Ray Robinson, beat Sammy Angott and drew with Rocky Castellani. He lives in Florida right now but he was well known in Bayonne area when he fought back in the 1940’s. 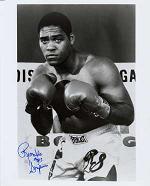 13. Frankie “The Shark” Toledo, (Paterson, NJ) former WBU Super Bantamweight Champion and IBF Featherweight title holder. He boxed Professional from 1989 to 2004 losing only 7 of his 51 bouts.

Also being honored that night will be:

Pro Boxer of the Year:
14. Arturo Gatti (Jersey City), former Jr. Welterweight and Welterweight Champion of the World. He is the most exciting and popular boxer in many years.

Amateur Boxer of the Year:
15. Alan Lawrence (Newark), several time National and World Jr. Champion. Is currently rated in the top 3 in the Country at the senior level.

Amateur Coach of the Year:
16. Charlie