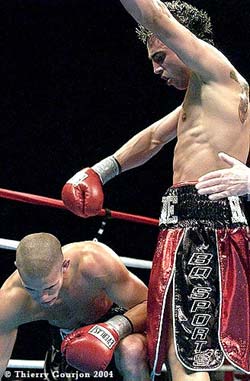 “I can start training right now and sparring in another month or so,” a happy Malignaggi said. “I’d already started running. This is what I’ve been waiting for. I’m antsy to get back in the gym and to fight again. I want to put my last fight (LDEC12 to Miguel Cotto) behind me and hope to be fighting again by December so I can enjoy the holidays. I’ll fight anybody out there, as long as they bring something to the table, financially and exposure wise. They have to be first-rate.”