At the BT Sport Studio, in Stratford, London, over ESPN+ Saturday in the Main Event heavyweight Daniel “Dynamite” Dubois, of London stopped Ricardo Snijders, of the Netherlands. This was a Queensberry Promotion – Frank Warren.

Heavyweight champion Tyson “The Gypsy King” Fury was in attendance.

Edwards easily out boxed Essomba throughout switching from orthodox to southpaw. Referee was Michael Alexander.

It was even for six rounds but Maxwell outworked Hughes in the second half of the bout.

In the first round a left body shot followed by a right on the chin dropped Thomas. Upon rising Hutchinson was all over him causing referee Alexander to call a halt as Thomas was going down again.

In the third round Adeleye hurt Williams with a right on the chin. He followed up with numerous punches driving Williams into the ropes forcing referee Michael Alexander to call a halt. 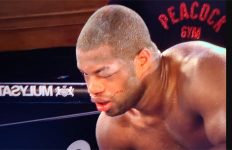 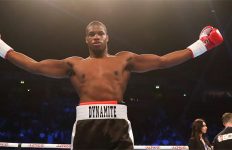 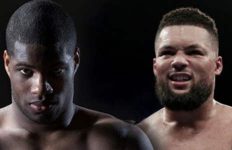