On April 5th of this year Damon “The Jewish Rocky” Feldman held an event with approximately 50 people present pertaining to his movie “The 16 Minute Man”. It was at Anthony’s Restorante in Drexel Hill, PA.

The host was Dave Martino, a close friend of Feldman’s. Entertainment lawyer Alan Murphy was there who represents him. Jackie Borock a co-promoter was a spokesperson and answered questions.

Feldman as a professional boxer was 9-0 with 4 knockouts from 1988-1992 with all but one of his fights were at Philly’s legendary Blue Horizon. He had ambitions to someday be a world champion. His father Marty Feldman, 20-3 (17), was brought up in Paterson, NJ, where you better know how to fight or be punished by others on a daily basis. The other son David Feldman was 4-1 with 4 knockouts. He has entered the world of Bare Knuckle Boxing for the past several years though banned in states like New Jersey and Pennsylvania is now thriving in Wyoming of all places.

Feldman is best known for his part in Celebrity Boxing. He has had baseball’s Jose Canseco, skating’s Tonya Harding, football’s Vai Sikahema also a sportscaster, Rodney King and actor Danny Bonaduce of the Partridge Family among others.

Feldman was 5 when he mother was brutally beaten and ended up being a quadriplegic. Damon was 5 and his brother David 4. In 2006 she passed away. The brothers had to fend for themselves with the help of a pair of brother fighters Frank and Anthony Fletcher just to have enough food and shelter. The Feldman’s father took over when Damon was 10. He had a Wrangler Jean shop and a boxing gym where he trained such boxers as the two Fletcher brothers and their young brother Troy. He was even involved at one time with world champions Michael and Leon Spinks. His pride and joy was local “Broomall Bomber” Augie Pantellas. Feldman was taught by both his mother and father “never quit!”

Feldman said he “hit a brick wall” after an injury ended his boxing career. He took to drinking too much though not an alcoholic. He would serve 13 months in jail due to an abuse charge. He had his young son Landon Martin Feldman who is 12 next to him that night. He said “my 16 year-old daughter Alyssa Page said she had better things to do.”

He penned a book called “THE 16 MINUTE MAN” which he plans to turn into a movie of his life pertaining to tell-all and memories of his 65 Celebrity fights. Film co-producers are Jackie Borok, Scott Weiner and screenwriter David Greenberg. Production counsellor is David Murphy. Please go to 16MinuteManmovie.com to help support the financing of this movie that will make you laugh and make you cry! 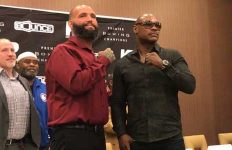 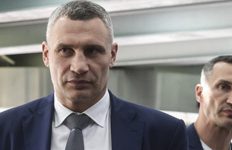 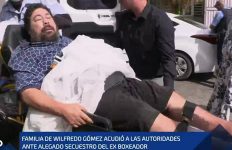