Manager David McWater has over 40 boxers under contract and has a new champion in Russian Ivan “The Beast” Baranchyk who won the vacant IBF Super Lightweight Title October 27th stopping previously unbeaten Sweden southpaw Anthony Yigit in the 7th round at the Lakefront Arena in New Orleans, LA.

Baranchyk, 19-0 (12), fights out of Miami, OK, and in stopping previously unbeaten Yigit, 21-1-1 (7), of Stockholm, SW, whose left eye was completely closed and couldn’t come out for the eighth round giving the world title to Baranchyk.

This was part of the World Boxing Super Series. Baranchyk will now face southpaw Josh “The Tartan Tornado” Taylor, 14-0 (12), of Scotland, the WBC Silver champion who stopped previously unbeaten Ryan Martin, 22-0, November 3rd. Taylor won a Bronze Medal in the 2012 Olympics and is managed by former world champion Barry McGuigan and trained by Shane McGuigan.

Baranchyk is trained Pedro Luis Diaz and as mentioned managed by McWater. He is promoted by DiBella Entertainment, Holden Promotions and Fight Promotions. “This is the best feeling in the world. To become world champion I feel like I am the best fighter in the tournament. I will rest for a week or so and then start my work for my next fight,” said Baranchyk.

Baranchyk won his first amateur title in 2009 at the World Junior Championships in Erevan, Armenia. He defeated boxers from Latvia, Romania, Chinese Taipei, Cuba and Kazakhstan.

“I couldn’t be happier than I am for Ivan. He deserved this and worked as hard as anyone can. You have to be around Ivan to realize how intense and dedicated he is. We are looking forward for the next round,” said McWater. 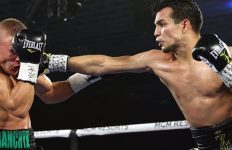 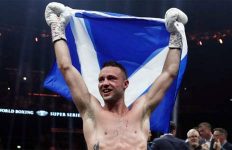 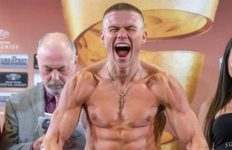