He has been away from the Octagon for too long, but Conor McGregor is still one of the biggest names in combat sports. His next move is arguably his most interesting yet, even if it may not generate the hype that McGregor v Mayweather did throughout 2017. With McGregor vandalizing a bus containing Khabib Nurmagomedov back in April, this fight already has a resounding backstory.

A fighter picks his winner for this bout.

When both fighters are on their feet, McGregor will have a distinct advantage, but that would change drastically if the fight reached the canvas. In addition to having tremendous striking power, McGregor also has a longer reach than Khabib, despite being slightly shorter, and that could be crucial in keeping him at a distance, with a view to avoiding takedowns.

While market shifts are commonplace at the publicity event stage, current sports betting trends for Khabib VS McGregor odds in Canada have provided one of the biggest talking points in the lead up to UFC 229. Recently, there has been an apparently unprovoked shortening of the odds against McGregor winning the bout, suggesting that he may have something other than his vicious left hook for Khabib to think about. 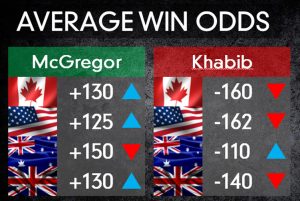 However, regardless of how much McGregor focuses on groundwork, in preparation for taking on an accomplished wrestler like Khabib, the Russian’s 26-0 record speaks for itself. Khabib takes no prisoners in his matches, and has only grown more confident as his relentless tally of wins has increased. While McGregor certainly does not lack confidence, he unlikely has the raw stamina needed to keep Khabib’s ability on the canvas at bay.

McGregor may also end up frustrated if he chooses to go for broke, and maxes out on his striking abilities in the coming weeks of training. Khabib has also shown that he can take a punch on numerous occasions, and he is also comfortable dealing with fighters that (like McGregor) have a greater reach.

One look at Khabib’s recent form tells a story in itself. Four of his last six victories have come by way of unanimous decision, including his last two, indicating that his ability to ‘control’ a fight is currently without equal in the division. His last fight prior to those two decision victories saw him execute a perfect Kimura hold on Michael Johnson, and with his superior battle-readiness, Khabib could easily do the same given McGregor’s instinctive eagerness to strike. 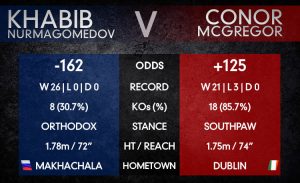 Tale of the Tape

A knockout or TKO for Khabib appears unlikely, and would surely constitute a wasted bet, if current correlations are meaningful. Only two of Khabib’s ten UFC bouts to date have ended in such a way, with the other six coming against inferior opposition, in M-1 and Pro FC contests. Nonetheless, anything is possible if McGregor is as underprepared as many experts fear. A clumsy defeat for McGregor via armbar, perhaps after a mistimed left-hook, can be chalked up to absence from the octagon.

However, a loss via knockout would transfer all of the fandom McGregor once enjoyed to Khabib, who has himself emerged as an equally marketable ‘force of nature’ in the UFC. A proverbial torch, as the face of a franchise, is potentially about to change hands forever. 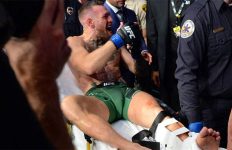