Below is a special clip from the intense new film “A Prayer Before Dawn.”

Note: The following clip is intended for mature audiences and is Not Safe For Work!

From director Jean-Stéphane Sauvaire and starring Joe Cole, Vithaya Pansringarm, and Panya Yimmumphai. A PRAYER BEFORE DAWN – In Theaters August 10 and Now Available on DirecTV Cinema. 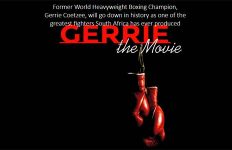