LOS ANGELES – JUNE 27, 2018 – Premium pay television network EPIX® has announced the 16 fighters who will be facing off with one another for the championship belt on the revival of boxing franchise series The Contender this fall. The highly anticipated 12-episode season, from MGM Television and Paramount Television, will premiere on EPIX on Aug. 24, 2018 at 10 PM ET/PT.

Hosted by undefeated boxing champion Andre “Son of God” Ward, the first-of-its-kind competitive documentary series for the network will feature 16 fighters pushing their limits in grueling elimination-style fights and testing their grit and determination to achieve their boxing dreams. The fighters will be overseen by legendary boxing coach Freddie Roach, and renowned Philadelphia trainer Naazim Richardson.

“The Contender takes unscripted TV to its grittiest. It has incredible professional fighters and real professional fights.  The edge of your seat drama and true stories sets a tone that our audiences will be expecting and I love it,” said Mark Burnett, President of MGM Television.

“With this new iteration of The Contender, the focus is on the gritty, personal stories of the fighters battling for boxing glory,” said Michael Wright, President, EPIX. “It was important for us to find individuals who not only displayed the boxing chops and resilience in the ring, but who also showed a depth of heart and humor outside of it. Our 16 fighters are vivacious, tough, funny, sensitive, driven and inspiring, and we are excited for our fans to get to know their stories and root for them inside the ring and out.”

The 16 Contenders come from a wide variety of professional boxing backgrounds and stations in life, bringing their unique stories, personalities, strengths and motivations to the series.

Each fighter will be vying to be declared the new 160-pound middleweight champion of The Contender and take home the winner’s six-figure purse — a prize, which, for all the fighters, represents a better life for their families and loved ones who have been there with them through all the ups and downs of their journeys.

The 16 fighters on The Contender this season are:

When one of his friends was shot and killed at 16, Devaun “Unique” Lee knew he needed a way out from the mean streets of Queens. Boxing keeps him straight. So do long hours fueling airplanes and caring for his five year old daughter. The real love of his life. Fatherhood and the sport are the motivation to take his NY State Middleweight championship to the next level.

Eric Van Wagenen serves as executive producer and showrunner of the revived franchise alongside Mark Burnett. The format is owned by MGM Television and Paramount Television. 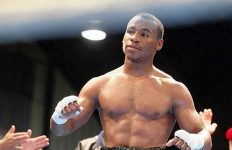 The Contender Champion Brandon Adams now ranked #6 by The WBO→ 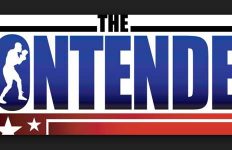 The Contender Series 2018 Has 8 Bouts Finished and 4 Remaining!→

Has “The Contender” Already Started?→