Han just signed to fight former WBC Super World Middleweight Champion Anthony “The Dog” Dirrell, 31-1 (24), of Flint, MI, on April 28th at the Don Haskins Convention Center in El Paso, TX. Han is from Texas so he may have a slight “home advantage”. Dirrell last fought in November but Han hasn’t fought since September 8th. It’s a TGB Promotions and will be broadcast on the USA Fox network. Three ten round bouts will be featured.

In December of 2007 Han decided to turn to professional boxing. He was living in El Paso, TX, and hired Louie Burke to be his trainer and signed with veteran manager Bob Spagnola. His first four fights all wins were out-of-town starting in Las Cruces, NM. In 2008 he only had one match scoring a KO in Lawton, OK. In 2009 he went south of the border to Coahuila de Zaragoza, MEX, scoring a stoppage. He came back and defeated Ibahiem King, 6-0, in San Diego, CA. He followed this up knocking out Brian Soto, 3-0, in his first fight at home in El Paso.

He entered 2013 at 18-0 (12), in Thackerville, OK, defeating Randon Baue, 12-9, and later that year fought for his first minor table in Las Vegas, but suffered his first loss being stopped by Glen Tapia, 18-0, for the vacant WBO NABO Super Welterweight Title. He would bounce back with a pair of wins and won his first minor table in April of 2014 stopping Colombian Juan Carlos Candelo, 32-13-4, in El Paso, for the vacant UBF Inter Continental middleweight title.

Six month later Han took on Marcos Reyes, 32-1, in Carson, CA, and pulled out a majority decision. This got him into the world ratings. He ventured to fight for the vacant USBA title losing a split decision to Sergio Mora, 27-3-2, in Bilox, MS. Two month later he suffered his second split decision loss in a row losing to Fernando Guerrero, 26-3, at the StubHub Center, in Carson, CA. He had both Mora and Guerrero on the deck.

Three months after losing back to back split decisions Han came back home to El Paso defeating Jose Flores, 46-12. The following month he knocked out Freddy Lopez, 9-1, again in El Paso. He would become inactive for nineteen months before returning to MEX to stop Martin Rodriguez, 4-20, in March of 2017.

Six month later Han would have only his second fight in 2017 back to Las Vegas ending in a technical decision against red hot prospect J’Leon Love, 23-1. He was quite frustrated how the fight ended let alone the decision of the judges. “The decision in Vegas with Love was a decision only Vegas could get away with, fighting Money team fighter with house gang of 3,” said Bob Spagnola.

At age 32 Han is at a crossroads in his career if he wants to continue on. In thirty fights he is 26-3-1 with 16 knockouts. He’s been in the professional boxing ranks for some ten years. 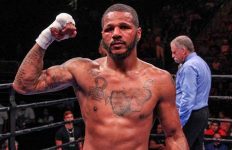 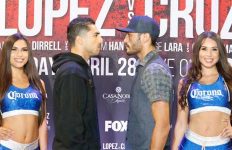