Below is what fighters on the Saturday, July 15 HBO Boxing After Dark triple header had to say at today’s workout:

“I consider myself a world champion, and fighting Takashi Miura is a way to prove that I am the best in my class. Some of my advantages include my height, the fact that I haven’t been in many wars, and my youth.

“I have a youthful hunger that makes the difference between the two of us. It’s cool to know that I am facing the best in my division – I was able to get through Francisco Vargas, so I know that I can take on Miura.

“Our plan is simple: win round by round. I will show the crowd that not only can I box, but that I can keep my energy through the rounds. Fighting with intelligence is key-you can be in a war but if you’re not smart with how you land your punches it won’t benefit you or help you win.

“Overall, I am excited to be able to fight again in Los Angeles with my fellow  paisanos (countrymen).”

“Training camp went extremely well, and I am pleased with how everything is going. I am getting used to the environment and time difference in LA, but should be fully ready to go come fight week.

“After my last loss, I became depressed for a couple of months. I thought I wouldn’t be able to come back to the level that I once was. However, boxing is everything to me, and I couldn’t just walk away.

“I have more heart than Berchelt. I want this more than I want anything. I am expecting a war because I know he won’t want to give up his belt that easy. But I want it back. If there’s a possibility to unify the titles, I will, if the opportunity is there. Our division is known for a lot of wars.”

“I’ve always been confident in my training. They call me ‘El Invisible’ because you can’t see me in the ring when I’m moving.

“I’m very happy to be making my U.S. debut and fighting with Golden Boy Promotions.”

“We had a great training camp, and we did everything we could to put together the best fight possible. I don’t know which way the fight will go, however what I can tell you is that the only thing on my mind is winning.”

“Since my last fight, everyone recognizes me more. I’ve been working on continuing my journey towards becoming a world champion.

“In my fight with Barrera, we’re just all going to have to see what Saturday brings.”

“This fight is special because it is the first time my father will see me fight professionally. Joe Smith, Jr. is very good; he has power, but I have power too. I think I have a lot more experience than him, and I’m his biggest challenge yet.”

“I’m always excited for every fight to get back in the ring, especially now that I’m fighting at the ‘Fabulous’ Forum for the first time. I’ve been working a lot on my sparring, and I’ve learned a lot going in to this fight. I’m ready.”

“I’ve been focusing on staying consistent during my training camp, which was five weeks. I’ve been working with my strength and conditioning coach a lot. I know my opponent is a come-forward fighter, and we will both put on a great show on July 15 at the Forum.”

Below is what the July 14 LA FIGHT CLUB fighters had to say at today’s workout:

“I get to represent my people of Venezuela in this fight. This is my first professional fight in the U.S., and I’m excited to be able to do that against someone like Alvarado who has fought for titles and has proven to be a skillful fighter. We work on everything in camp, so I feel prepared to make my U.S debut.”

“I have a lot to gain if I win in this fight. I have to make my upward climb back to the top, and this fight is a step in that direction. I am by no means expecting an easy fight – we both want this.”

“Right now, I feel like I’ve been getting better at being patient and calm in the ring. Boxing isn’t a game and taking punches isn’t easy, but I feel I’ve improved on keeping my composure.”

“I have so much pride in being able to represent Panama. I will be going up against a Filipino fighter. He is fast, but we have prepared well to take him on and be able to box him. I feel good, and I am excited to fight in Los Angeles and give a good show.”

July 14: Tickets for LA FIGHT CLUB are starting at only $20 with Flex Passes for multiple fight packages, Group Tickets and Knockout Experience upgrade are available for purchase now at www.goldenboypromotions.com, the Golden Boy Promotions Facebook page, by calling 213-233-2957. 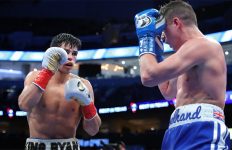 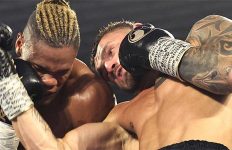 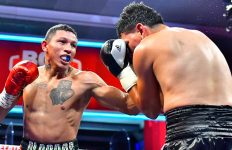