Pennsylvania Boxing Hall of Fame will be inducting fifteen in May in Philadelphia at their annual banquet. From the Modern Boxers is former NABF champion Smokin’ Bert Cooper, 38-25 (31), who challenged both Evander Holyfield and Michael Moorer in title bouts. Followed by David “Hand Grenade” Bey, 18-11-1 (14), who challenged Larry Holmes for his IBF title and William “The Hammer” Jones, 21-2 (17), now a Philadelphia police officer being inducted.

From the Vintage Boxers are Jerry Judge, 17-8-1 (14), most remembered for being one of five boxers George Foreman took on in one night. Richie “The Bandit” Bennett, 25-6-2 (18), best known for splitting two fights with “Bad” Bennie Briscoe. “Smokin” Wade Hinnant, 14-2 (6), whose career was ended by an eye injury and is a well-known trainer in Philadelphia. Lee Sala, 76-7 (48), from Donora, PA, and Alfonso Hayman, 21-20 (4), best known for being the first opponent stopping Thomas “Hit Man” Hearns 17 fight knockout streak.

From the Non-Boxers is Frank Kubach who is owner and trainer of the Front Street Gym, in Philadelphia. George Hill, 2-3-2 (2), who lost in his debut to Jerry Judge is going in as a boxing judge. Hill has also done refereeing and is still active in the amateur shows. Buster Custus, who owns and runs the James Shuler Gym in West Philadelphia which is one of the better if not the best gym in the “City of Brotherly Shove”.

John DiSanto of www.phillyboxinghistory.com is chairman of the PA BHOF with VBA Ring One President Charley Sgrillo, a former boxer and referee who along with VP John Gallagher run the Harrowgate Boxing Gym in North Philly and writer Ken Hissner are members of the committee. 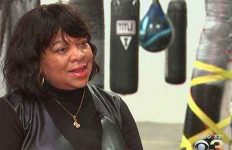 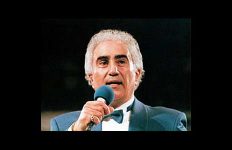