The news spread like wildfire over the internet during the wee hours of Sunday, November 15th. The woman mythically recognized as the most formidable fighting female on Earth was defeated. Shock and devastation scattered diner brunch tables and coffee shops in the morning hours when bulletins began to confirm Rousey’s hospitalization after suffering a vicious knockout loss to former boxer, Holly Holm. However, in many cases, the words “former boxer” were either glanced over quickly by the general media if not completely omitted in the retelling of the tale.
It wasn’t supposed to happen. Ronda Rousey was not supposed to lose to a former boxer named Holly Holm. Otherwise, UFC President Dana White wouldn’t have promoted the fight. Still, the fight did occur and Rousey was easily defeated, demolished and hospitalized after less than two rounds by a former combatant of the sweet science. Therefore, a well promoted, multiple decade long lie had been exposed. The overused and inaccurate cliché that “boxers can’t compete in MMA” was finally debunked. As a result, the loss will most likely prove to be a devastating blow to the marketing power of the UFC and all other mixed martial arts organizations.

For the past few decades, Dana White and representatives of the entire mixed martial arts industry promoted a supposed hypothesis that boxers have no business competing in mixed martial arts. The lie was established on the false premise and generalization that most boxers, if not all, held no fighting experience outside of the gloved combat skills they showcased in the boxing ring. However, many boxers, such as Holly Holm, have always possessed extensive backgrounds in sports such as kickboxing, wrestling or other martial arts that could be successfully utilized in the octagon. Higher payouts in the boxing industry, amongst other factors, always prevented the crossover matchups from coming to fruition. However, Dana White has always made it his due diligence to identify vulnerable boxers, while carefully avoiding potentially threatening boxers, in an attempt to carefully match them with his athletes in the Ultimate Fighting Championships. When promoting Rousey’s fight against Holm leading up to last week, he finally, and maybe even fatally from a financial standpoint, eased up on his own restrictions.

Truth be told, Dana White has always been careful in his selection of boxers when matching them with UFC fighters. In 2010, James Toney was the perfect chicken for the plucking when he was matched against Randy Couture in UFC 118. The former boxing champion was past his prime and out of shape and hadn’t been taken seriously in the boxing world since suffering back to back losses to heavyweight boxing contender Sam Peter over three years earlier. Still, White promoted the out of shape Toney, who at the time was verbally showing signs of possible brain damage and diminished motor skills due to a lengthy career in boxing, as a legitimate representative of top tier boxing in 2010. Any honest witness of Toney’s true status or condition at the time knew he was unworthy of sporting licensure let alone professional boxing representation. Still, he was used.
By the time Toney’s love handles drooped over his undies at the scales prior to UFC 118, any critic worth his salt knew the man was being exploited to create the illusion that the UFC had some major advantage over professional boxing. Furthermore, most honest matchmakers knew that Toney’s match against Couture was being falsely marketed as an undercard event featuring a former UFC Champion against a true, prime boxer. It was anything but a bout featuring a prime boxer. Still, the critics and the sheep like UFC audience in the Boston venue that night, who would later be heard chanting “UFC…UFC…UFC” during Toney’s dishonorable dismantling, shamefully summonsed the once proud boxing champion to the slaughter before cheering his sacrifice. Thus, White’s promotional lie of professional boxing’s supposed inferiority in comparison to mixed martial arts was pushed further. Dana White tried to perpetrate the lie once more last Saturday night. However, this time, it backfired painfully against him.
This time, White actually matched his most marketable mixed martial artist with a boxer who, not only had a pulse, but was in her prime. Furthermore, it must be noted that his combatant of choice, Holly Holm, wasn’t solely a boxing technician such as James Toney but also an experienced kickboxer. It proved to be a devastating error.

Unlike other former boxers who were granted permission to compete in the octagon, Holm carried extensive kickboxing credentials that White’s other choices lacked. In fact, many pundits who previously denounced boxers’ chances in the octagon even went as far as citing Holm’s kickboxing skills, as opposed to her boxing skills, as the real source of Rousey’s demise in attempt to protect previous claims. This is despite the fact the Holm has competed in over 38 professional boxing matches but only three kickboxing events. Nevertheless, it must be noted that Holly Holm is not the first boxer to possess a multitude of fighting skills outside of traditional boxing. She is just the first fighter that Dana White has allowed to showcase her skills in the octagon.

Prior to Saturday night, Dana White intentionally avoided potential boxing threats like Holly Holm opting instead to sign boxers to UFC fights who were either past their prime or not well versed in all around fighting forms. It was a tradition that had been sweeping through the sport since journeyman boxer Art Jimmerson was selectively and carefully chosen as a boxing representative for UFC 1 back in 1993. Jimmerson, who had never won a legitimate professional boxing championship, was a sample model for the type of figure that would be chosen to represent boxing by an Ultimate Fighting Championship organization looking to exploit and diminish boxing’s reputation over the ensuing decades. Jimmerson’s loss was an initial demonstration of the UFC’s propaganda which would eventually culminate in the exploitation of James Toney seventeen years later. Fighters who didn’t fit the profile of Art Jimmerson or James Toney were always avoided.

A prime example of this hypocrisy would be White’s boastful offer to the boxing world in 2007. White issued a challenge offering a substantial sum of cash to boxers who would be willing to fight, then UFC welterweight champion, Sean Sherk. Welterweight boxer Kermit Cintron accepted the challenge. Upon hearing the news, White quickly pulled the offer from the table. He withdrew the offer because Cintron was very different from James Toney. Cintron was in his prime and possessed an extensive background in, not only boxing, but wrestling. The UFC President knew Cintron presented a potential risk and he was not looking for a risk. He was looking for a lamb to slaughter.
Over the past eight years however, White’s belief system has apparently changed. The adage of “believing one’s own lies if told long enough” both fittingly and seemingly applied to his mindset leading up to last weekend’s fight. Apparently, a 2015 Dana White even managed to convince himself of his fighters’ so-called superiority over professional boxers due a supposed lack of fighting skills boxers possess outside the sweet science. White, always looking for an edge over boxing, decided to strike again last week in Australia. He placed Ronda Rousey, his star combatant and the current face of UFC, in the octagon against what was theoretically marketed as another sacrificial lamb for a slaughter. However, this time, the lamb bit back and Rousey, as well as the entire world of mixed martial arts, is now humbled after a near quarter of a century long campaign to demote boxing’s status in the combat sports industry. Still, this is not the first time a scheduled sacrificial slaughter has backfired.
In 2009, former Heavyweight boxing contender Ray Mercer needed only nine seconds to dust off former 2X UFC Heavyweight champion Tim Sylvia in a mixed martial arts event in Alabama. The result was lightly reported. The excuse for the general media concealment was blamed on the fact that it was not a mixed martial arts event contested under the UFC promotional blanket. Still, if history had taken a different course and Sylvia had been victorious, it is likely that the result would, not only have been heavily reported, but also utilized as ammunition to further augment White’s propaganda.

Nevertheless, the lie has now been debunked thanks to Holly Holm. The propaganda has been exposed although the media, who at times has gone as far as aiding in the fabrication, has conveniently failed to mention or retract previous claims. The erroneous axiom generalizing all boxers’ as inferior contestants in comparison to mixed martial artists has never been anything more than a falsified sweeping statement; it was just never brought to light. In fact, it was always based on an even bigger generalization that all boxers only possess boxing skills. Much of this accepted notion can be blamed on the UFC’s careful selection of boxers for UFC events for close to twenty five years.

Truth be told, some boxers do only possess boxing skills. However, many current and former boxers such as Vitali Klitschko, Mike Alvarado, Beibut Shumenov, Andre Berto, Chad Dawson, Pawal Wolak as well as Kermit Cintron have also participated in wrestling, kickboxing and other forms of mixed martial arts. The skills they have attained, although not showcased in the boxing ring, would be highly beneficial if utilized in the way Holm did last weekend. However, fighters like the aforementioned above with both dangerous and undesirable backgrounds in the eyes of Dana White have never been given clearance in the screening process until last weekend now that White’s confidence in his fighters has become over bloated.
A prime boxer was given a chance and Dana White’s multiple decade, steadily developed acceptance of a fabrication has come back to haunt White and the mixed martial arts world. A legitimate, prime boxer named Holly Holm squeaked through the screening process and cracked an unsubstantiated myth. A boxer has defeated the biggest star in the UFC. Now that the myth has been deflated, Dana White and his organization may have finally offered up themselves as a sacrificial lamb to their self-initiated slaughter. 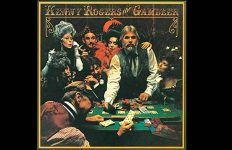 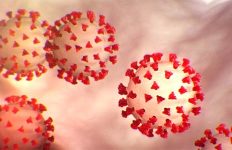