“Johnny Tapia’s life story was an incredible journey, and we are eager to celebrate his biggest accomplishments and chronicle the toughest and most difficult moments of his turbulent life,” said Bernstein. “Tapia was so much more than just a world champion, and we want to share this gripping account with our subscribers, many of whom may have seen Johnny in his five fights on HBO, but may not know the amazing story behind the fighter.”

“This is not a boxing film, but a film about tragedy, triumph, demons and redemption,” says DiBella. “Johnny gives us an honest assessment of his strengths and frailties; he reminds us of the power and resiliency of the human spirit.”

“Johnny’s is a story that needed to be told,” says Jackson. “Everyone can relate to some aspect of it, which makes it that much more powerful. Personally, his journey is one that has touched me greatly.”

Born Feb. 13, 1967, Johnny Tapia used boxing as way out of his impoverished life in Albuquerque, NM, becoming a five-time world champion in three different weight classes. Tormented as an adult by the brutal kidnapping and murder of his mother, which occurred when he was eight years old, Tapia suffered repeated episodes of drug addiction and mental illness. His nickname, Mi Vida Loca (“My Crazy Life”), reflected not only Tapia’s intensity in the ring, but also a tumultuous personal life, which involved jail time and several drug overdoses. In 1994, he married his wife, Teresa, who helped Tapia regain control of his life in retirement before he succumbed to a heart attack in 2012.

HBO has a rich and distinguished history of developing and presenting boxing documentaries, among them: “Legendary Nights: The Tale of Gatti-Ward”; “Klitschko”; the Emmy®-winning “Assault in the Ring”; the Peabody Award-winning “Thrilla in Manila”; “Joe Louis: America’s Hero…Betrayed”; the Peabody Award-winning “Ali-Frazier: One Nation Divisible”; and the Emmy®-winning “Sugar Ray Robinson: The Bright Lights and Dark Shadows of a Champion.” 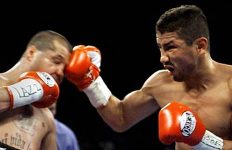 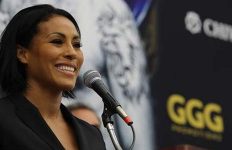 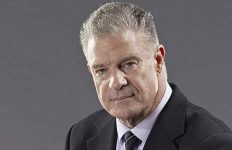 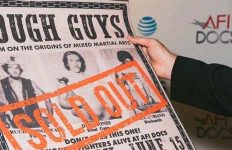