New York, NY – (12/29/2011) – This Friday night, former undisputed world middleweight champion Jermain Taylor returns to the ring and the 160-pound division when he faces 24-year-old Jessie “Beast” Nicklow, of Baltimore, MD, in the main event of a special edition of ShoBox: The New Generation, live at 11 p.m. ET/PT (delayed on the West Coast), from the Morongo Casino in Cabazon, CA. Seeing action on the undercard will be four of DiBella Entertainment’s (DBE) undefeated prospects: lightweight Jose Pedraza (5-0, 4KO’s), welterweight Alex Perez (14-0, 8KO’s), and junior welterweight Ivan Redkach (8-0, 7KO’s). The event is promoted by DiBella Entertainment in association with Gary Shaw Productions.

Perez, a New Jersey Golden Gloves champion, turned pro in 2004 after compiling an impressive 56-3 record as an amateur. Since turning pro, Perez has gained valuable experience sparring with such world champions as Sergio Martinez, Miguel Cotto and Felix Sturm. Perez will square off against Calvin Odom (15-11, 11KO’s) in an eight-round welterweight showdown.

Pedraza-who is part of a group of fighters known as Team Puerto Rico, promoted by DBE, Gary Shaw Productions and Universal Promotions-is one of the hottest prospects in all of boxing. Pedraza was recently recognized as one of Dan Rafael’s 2011 “Prospects to Watch”, on ESPN.com. Rafael noted that “Pedraza, a 2008 Olympian and 2009 silver medalist at the amateur world championships, is perhaps the most heralded Puerto Rican prospect since Miguel Cotto came out of the 2000 Olympics.” Pedraza, known as “The Sniper”, turned pro in February of this year, and has thus far torn through the competition, scoring three first round knockouts in the process. Pedraza will be looking to capture his first title as a professional when he takes on Herbert Quartey (7-6, 4KO’s) in an eight-round contest for the WBC junior lightweight youth title. 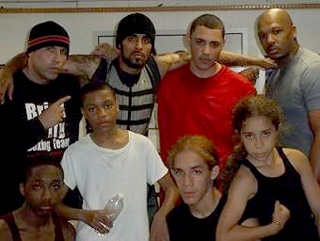 The Ukraine-native Redkach, who now calls Los Angeles his home, is coming off an impressive third-round TKO over Vernon Alston in his last bout on the undercard of Andre Berto’s IBF welterweight championship match against Jan Zaveck, on September 3. Redkach will look to keep things rolling when he takes on Dillet Frederick (8-4-3, 5KO’s) in a six-round junior welterweight contest.

All fighters will weigh-in today at 4PM PT.

DiBella Entertainment builds upon the unique insights Lou DiBella developed as a television executive and matchmaker to combat the contractual exploitation of professional boxers. DiBella Entertainment creates a business model that shifts the balance of power from promoters to boxers; and establishes a legacy of matchmaking excellence, both in an effort to improve the health of the boxing industry. DiBella Entertainment represents its athletes with honesty and integrity all while making the best and fairest financial deals for its clients.
# # #

For more information visit us at www.dbe1.com, follow us at twitter/loudibella or check us out at facebook/lou.dibella