“The Contender Special – Put Up or Shut Up” Oct. 14 in Providence 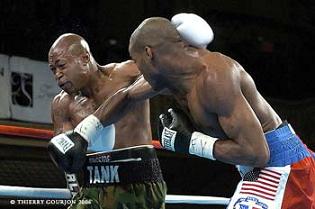 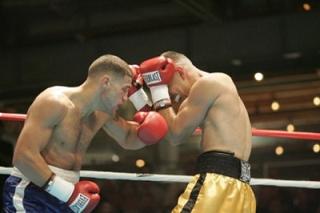 PROVIDENCE (September 20, 2006) – Outspoken super middleweight Joey “KO Kid” Spina promises to knockout Providence cross-town rival “Peter “The Pride of Providence” Manfredo, Jr. on October 14 in the 12-round main event on “The Contender Special – Put Up or Shut Up” at the Dunkin’ Donuts Center in Providence, Rhode Island.

“It was business but now it’s personal because of what Peter and his father have said about me like being nothing more than a club fighter,” Spina said from his training camp in Las Vegas. “I don’t really like all of the yapping, but I’m going to knock ‘The Pride of Providence’ out, right in the middle of the ring, in our hometown. I learned how to box block to block, not on a television show; if he’s the ‘Pride of Providence,’ I’m the ‘King of Providence.’ I earned that name. Manfredo doesn’t even live in Providence anymore.

“I’ve only had about 20 amateur fights and he’s had more than 300. He’s a better boxer, a better technician than I am. Peter’s going to bounce in and out and in the first couple of rounds he may make me look bad. But once he sits in the pocket, his lights will go out when my bombs start landing.”

Spina (19-0-1, 14 KOs), rated No. 16 by the World Boxing Council, is the reigning WBC USNBC and IBF Intercontinental super middleweight title-holder. Joey and Manfredo (25-3, 11 KOs), a finalist in Season 1 of The Contender, grew-up within a mile of each other in the Italian-American section of Providence, Silver Lake. They later sparred as amateurs and during Spina’s early pro career.

“I didn’t know him very well growing up because he moved,” Joey explained, “I got to know him later. We never fought but did spar and he got the better of me. I’m a much different fighter today. For the first nine or 10 fights of my pro career I didn’t train. I didn’t take boxing serious and fought because I needed money. Hey, Peter’s a good fighter and great guy, but this fight means everything to me. I’m using my bonus to get my father out of a nursing home to live with me. The winner of this fight will be rated high and get a big fight next year.

“Our fight is being presented as he’s the good guy and I’m the bad guy. I really don’t care. But I’m being made out to be a party guy. I’m only 29 and when I’m not in training, I love to have a good time, but I’ve never been more serious in training than for this fight against him. I’m sparring with (former Contender) Ishe Smith (18-1, 8 KOs) and Anthony Hanshaw (20-0, 13 KOs). I want a lot in life that I don’t have right now, so this fight means much more to me than it does to him. I’m motivated to fight for my family. And when the _____ starts, I can back it up.”

The former NABO super middleweight champion Manfredo, rated No. 14 by the WBC and No. 15 by the International Boxing Federation, is coming of a devastating third-round TKO win against former world No. 1 contender Scott “The Sandman” Pemberton this past February before nearly 10,000 Providence fans at The Dunk.

“I think Joey is too strong and hits too hard for Manfredo,” Spina’s manager Pat Doljanan remarked. “I don’t think Peter is a 12-round fighter, more like six to eight. Peter and his dad think Joey’s a soft touch and the fight against (Jessie) Brinkley is a template to beat Joey. But Joey was super-hyped for that fight and he couldn’t relax. How strong is he to stop a guy with a body punch in the 11th round? Joey brought his power down to super middleweight from light heavyweight and I feel Peter is a blown up junior middleweight. He lost to a welterweight (Alfonso Gomez) and twice to (Sergio) Mora, who’s not a big middleweight. I think Joey’s sparring partners, Smith and Hanshaw, are better guys than Joey’s fighting October 14.

“Peter has a house and money; Joey doesn’t even own a car. This kid is hungry and ‘who-wants-it-the-most’ is going to be a factor in this fight. Joey bench-presses 320-350 pounds. How many super middleweights can do that? Joey has the size, strength and power. Maybe not in the early part of the fight, but as the fight wears on and Joey gets on top of him, Peter won’t have anyplace to run, slip or slide. That’s when Joey will knock him out.”

The Tournament of Contenders, in association with Classic Entertainment & Sports, is promoting “The Contender Special – Put Up or Shut Up”.

Two other world class super middleweights fight in the eight round co-feature, unbeaten super middleweight Allan “Sweetness” Green against 2000 Olympian Jerson Ravelo in the eight-round co-feature. Green (22-0, 15 KOs), fighting out of Tulsa (OK), is the No. 1 contender in the North American Boxing Federation and NABO, as well as rated No. 6 by the World Boxing Organization and No. 18 by the WBC. Ravelo (17-1, 12 KOs), of Newark (NJ) by way of San Cristobal, Dominican Republic, defeated former world champion Jeff Lacy as an amateur.

Also featured on this card will be The Contender favorite Alfonso Gomez, who defeated Manfredo is the first bout of Season 1 The Contender, against an opponent to be determined. The Mexican-born Gomez (15-3-2, 6 KOs), rated No. 8 by the NABF, was scheduled to fight on the Providence card last February, but he fell out due to illness and is very excited about fighting on this show.